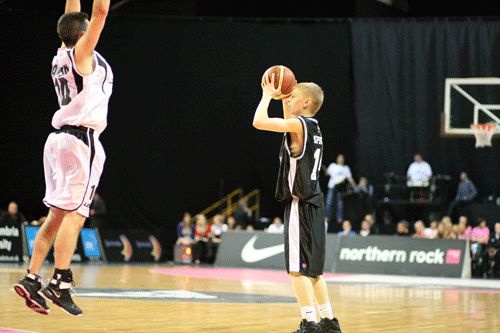 The Newcastle Eagles consolidated their position at the top of the BBL Championship with a comprehensive 98-64 defeat of the Worthing Thunder. It was their sixth consecutive win in all competitions.

All 12 of Newcastle’s roster got on the scoresheet, with Charles Smith’s 19 points setting the pace; Andrew Bridge and Tafari Toney scored 14 each. For the Thunder, Janis Ivanovskis scored 19 points and had 13 rebounds.

The Eagles opened up a slight edge from the early stages, as the teams were separated in a competitive first quarter only when Newcastle scored five straight points to lead 18-10. However, a strong 13-4 finish to the second stanza saw them flirting with a twenty-point lead at 53-34 by the halfway point.

The Eagles compounded Worthing’s misery in the third period as they restricted their visitors to just six points, while scoring 26 of their own. The lead was stretched to 79-40 as Charles Smith scored the last eight points of the quarter.

Newcastle showed their depth late in the game as everyone scored, with young guard Sam Attah coming from the bench to score 7 points. The Thunder outscored the hosts in the last period, but they were already condemned to their tenth defeat in the last eleven games.