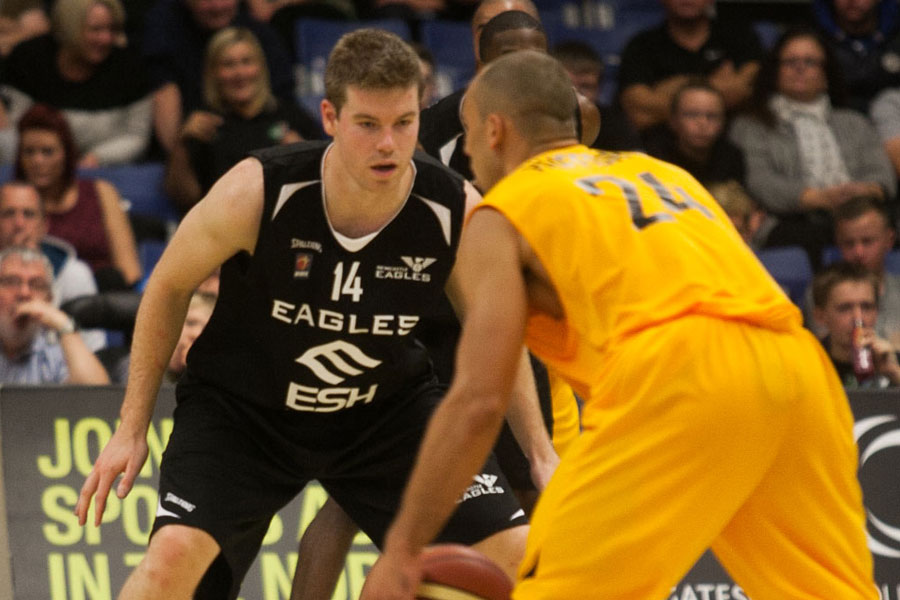 Having slumped to a defeat in Sheffield last week, Esh Group Eagles Newcastle bounced back with a 78-86 victory against the BBL Championship leaders Worcester Wolves.

The visitors from Newcastle started the game very well, scoring the first eight points in the University of Worcester Arena and breaking away to an early 12-2 lead.

Led by Malik Cooke and Scott Martin led by as many as 19 points (39-20) in the first half, but Wolves finished the second quarter strong and cut the deficit to 38-48.

Although Eagles had pushed the gap to 17 points in the beginning of the third quarter, Wolves won a 17-4 stretch to make it 55-59 with 1:32 left in the period.

Although Newcastle made their life harder than they wanted by allowing Wolves back in the game, they didn’t allow their lead to fully crumble, as Worcester never got closer than four points.

Charles Smith paced the winners with a big double-double of 19 points and 13 rebounds, with Paul Gause and Malik Cooke adding 18 points each.

Will Creekmore finished as the top-scorer of the game with 23 points and an amazing 19 rebounds, Alex Owumi added 20 points, 11 boards and six assists, while Zaire Taylor chipped in with 19 points.