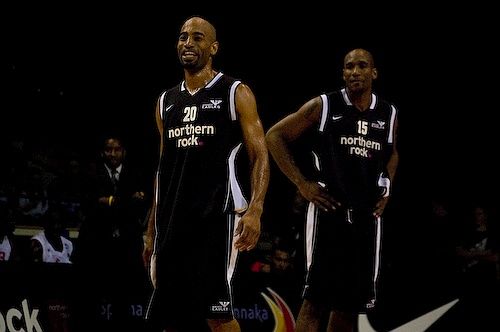 Newcastle Eagles managing director Paul Blake today spoke of the club’s decision not to participate in European competition for the coming 2008/9 season.

“This was a very difficult decision for me to make as we were in the driving seat for European entry and it is my ultimate goal for the club to be playing in European competition on a regular basis.

After looking at all of the options I felt it necessary for the club to opt out this season on the basis that the club still needs a further year of building the club’s infrastructure. We have the biggest basketball organisation in the country at present, which is a direct reflection of building step by step over a number of years. I am keen not to put any of this hard work at risk.

The decision has also been taken by looking at the need to prioritise the continued defence of our league title. It is clear that the level of competition in BBL will be tougher this coming season and we will have to work all the harder to maintain our current position.

We communicated our decision to ULEB earlier this week and received a very positive letter back from Jordi Bertomeo, chief executive of ULEB, underlining his support for developing European entry for BBL teams in the future”.

Eagles domestic pre-season and BBL campaign continues to build with the announcement of new signings in July.