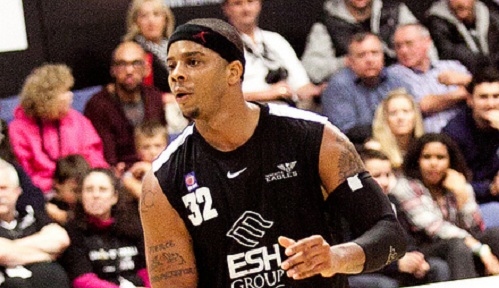 Newcastle Eagles managed to cling on to their flawless record to register a seventh straight league success but were pushed right down to the wire by an excellent display from the visitors.

Lions’ coach Vince Macaluay had promised a much tougher and closer game for the defending champions than his team had provided on the first weekend of the season when they surrendered meekly, and he certainly kept to his word.

It was a physical and feisty affair which swung both ways either side of the interval and Lions played an excellent overall game. They will therefore be ruing an opportunity to spring a surprise arguably slipping through their fingers.

The Eagles were generally on top by the midway point of the contest when they found themselves 45-36 in front, but the Lions came alive during the third period. Led by the impressive Orlan Jackman, they outscored Flournoys’ men 27-14 to take a four point lead into the last quarter.

It seemed to shake the Eagles into life and the hosts wrestled back the initiative and looked to have wrapped up the win with less than two minutes remaining and leading by nine points. But, there was still time for late drama as the resilient Lions cut the gap to just four points with 45 seconds remaining.

However, the Eagles clung on for a scrappy and unconvincing win, although they are hardly likely to care too much about the performance when they are a perfect seven of seven and locked firmly into top spot in the table.