Eagles Legend – An Interview With The Daddy

Newcastle Eagles/News/Eagles Legend – An Interview With The Daddy 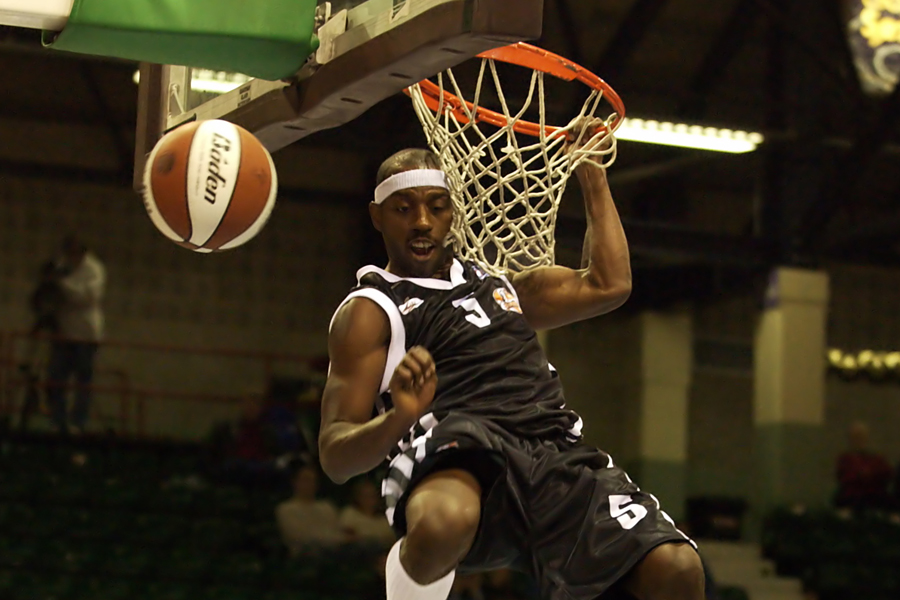 This week Niall Gray at BBL took some time out to interview Eagles LEGEND TJ Walker about his time at the club. This is what he had to say ….

Over the course of the season, we are catching up with some of the players who have graced the BBL over the years. This month it’s the turn of former Newcastle Eagles star TJ Walker, who helped turn the North-East club into the successful franchise they are today.

BBL: Tell us a little about your basketball career, prior to coming to Great Britain.

TJW: Basketball has been part of my life since I can remember. I actually played all three sports (American Football, Basketball and Baseball); it’s what you did back in our day. I played Division One basketball right out of High School. I was young and didn’t know how to handle what was being thrown at me and I ended up transferring and finishing my college career at Azusa Pacific University.

It was a great time in my life, as I had a different attitude about myself and my game. I told myself I wouldn’t never let a coach take my game away from me mentally again, as I feel like that’s what had happened at the previous school.

So when I got to Azusa, I let it all hang out! I had a great time and I finished my college career there. I turned down a couple of jobs overseas early and it was a lesson learned. Any young players reading this, don’t turn down jobs when you are a rookie.

Basically, I didn’t get my first semi-pro job until midway through the first season that I was out of college. I was playing in the IBA, a semi-pro league in the States. It was great competition, but just crazy bus rides all over North America. It had to be done and we call that ‘the grind’!

BBL: How did the opportunity to join the Eagles come about?

TJW: I was in Germany working out for a team in the second division. I had played in a tourney with that team and played well. The competition was actually pretty bad. I probably would have averaged 15 rebounds in that league! The coach was actually holding up the signing process, but he kept me in the city for a couple of weeks.

My agent called and said that Newcastle wanted to fly me over to work out for them and I ended up going to Ireland for a tourney with the Eagles. A few BBL teams were there and the competition was way better, just with those two teams; I think it was the Bullets and the Riders. When I got back from Ireland, Paul Blake offered me to stay and I jumped on it.

BBL: Tell us about your time at the club, i.e. your favourite memories and your former team-mates. Is it true that in your first season, you were almost cut?

TJW: The early days were rough and Paul Blake had just taken over the club – I think, a year or two before I got there. He was in the middle of changing the culture behind the scenes. Something I didn’t know a lot about when I first got there, but discovered after being there and it helped building a strong relationship with him.

His passion was just as strong as mine for both the game and the club. My favorite memory had to be winning the first Trophy. After it was all said and done, sitting in that locker room in Brighton on a chair, staring at the wall. Paul Blake popped his head in the door and whispered “We finally did it,” and then walked out.

From everything we had to go through as a club, that’s all that needed to be said between us, but it meant so much. As for my team-mates, I had a bundle of those! Fab [Flournoy], Jeremy [Hyatt] and Charles [Smith] had been part of the grind for a while. Back when they said we weren’t good enough to win with us being the core guys. There’s not enough space on paper to write how much these dudes mean to me, on and off the court.

It’s a Brotherhood! As for almost being cut, yeah, I have heard the story. I was never sat down by management in that first year and had that specific conversation, but I guess that could have been an option. I will be honest though, I was a bit standoffish in my early days. I was just hungry to play and I didn’t care about anything but doing my job well when the lights came on. At the beginning of that first season, I wasn’t playing a lot of minutes. Once [then coach] Tony Garbelotto got confidence in me being on the floor for major minutes, it was a wrap. I never looked back after that.

In this second instalment of our two-part feature, TJ talks about his pride in helping the Eagles on the road to success and brings up to date on what he’s been doing since leaving the BBL – as well the progress of his EuroLeague sibling!

BBL: Given how successful the Eagles have been over the last decade, how proud do you feel to have been there when this amazing run of silverware began? What do you think about the fact that the likes of Charles Smith and Fab Flournoy are still going strong?

TJW: Once Paul Blake took over and put certain pieces in play, this is what the goal of the club was to be. We all saw this back in early days. We knew we had to work to get there and once we did get to the top, the mentality was to stay there.

Now that I’m done playing, I’m more proud that the club is still at the top and I’m not sure if its arguable anymore who the best club in BBL history is, and that’s down to number of trophies in the cabinet and then most importantly, how the club is run and how players are treated. As for my two guys, Fab and Charles still kitting up, I wish I could still do it with them.

I’ve been on the line with Charles about sending me some of that ‘stay young’ tea he’s been drinking, so I can come back and run with them – but he is being stingy!

BBL: After leaving the Eagles, you had a brief spell in Chester before returning to the USA. What have you been up to since?

TJW: I came home and coached an ABA team for a year. That was crazy, never again. I will keep my thoughts about the ABA to myself. I was then an Assistant Coach at Modesto Junior College for a year – it was a great experience.

I would probably still be there, but the Head Coach position came up at a High School. It was a brand new school, with a new basketball programme and it was exactly what I wanted.

I like being part of the building stages. So, I have been coaching High School basketball for the last three years. This upcoming season will be my first group of seniors. We are looking to have a great season. You can check us out by looking for “Venture Academy” on http://www.maxpreps.com

BBL: Tell us about your sister Ashley, who is currently playing in Europe.

TJW: My sister Ash is in Italy and now playing for Beretta Famila Schio. They have a really good team this year and they play in EuroLeague Women. At the moment they are sitting 2-1 in their group. She is a vet, but it is her first year playing EuroLeague Women. She loves it there.

BBL: To finish off, give us one final memory of your time in Newcastle. Also, what do you miss the most?

TJW: It was late in the 2005-06 season and we were working on the ‘Clean Sweep’ that year. Usually Fab would have us come out for warm-ups about 20 minutes before the opening tip. On this occasion, when we came out, the arena was packed already.

I had never seen it look that busy twenty minutes before games. The warm-ups were almost complete and I was sitting on the floor stretching. And then somebody started speaking over the mike, saying, “We are going to have to push the game start time back because we have over 2000 people outside still trying to get in!”

I thought to myself, ‘Damn, we have done it; now we need to go finish this clean sweep!’ As for what I miss, I think about Cheese and Bacon wraps from Greggs every day of my life! We have something like that over here, but it’s just not Greggs!