Eagles In The Mix For England

Newcastle Eagles/News/Eagles In The Mix For England 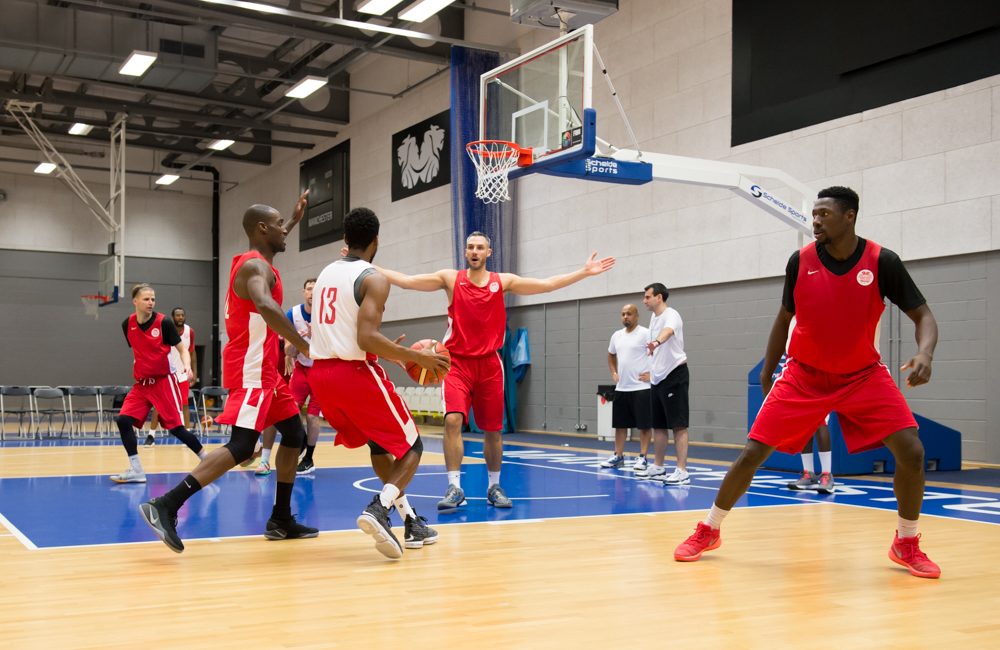 Three of our Eagles took part in Team England’s 4-day camp in Manchester last week in preparation for next year’s Commonwealth Games, with Darius Defoe, Drew Lasker and Kai Williams joining many more BBL ballers as well as those who are based overseas.

In total there were 23 players attended the sessions at the National Basketball Performance Centre which was the first part of the evaluation process that continues towards selecting a final 12-man roster to head to Australia. Coach Kapoulas has since confirmed a list of 17 players for the next Team England camp in February 2018, including all three of our Eagles.

England Head Coach Andreas Kapoulas, who is also the Head Coach of Bristol Flyers, said: “The standard has been very high, the effort has been outstanding.

“The whole camp was about a first introduction to the programme leading up to the Commonwealth Games and getting to know each other. Guys wanted to get better through the whole process, very unselfish in the way they did things and it was a real pleasure to work with them”, Kapoulas added.

The was the venue for the on-court portions of the camp that included 4 practice sessions, including a scrimmage on Tuesday night. Sunday’s focus was on an initial team meeting, baseline physical tests and medical screenings, whereas Wednesday was aimed at recovery and individual player meetings.

Drew Lasker celebrated his 35th birthday on the Monday of camp and said the friendly atmosphere from all the players has been apparent throughout, “Most of these guys, we play each other and we know each other as competitors. One of the best parts of this experience was getting to know these guys away from basketball. Everyone here is a genuinely nice person, there’s been a great vibe.”

February’s camp is scheduled to take place from the 18th to the 21st February 2018 with a final roster of 12 players confirmed soon after.

Everyone at the Eagles wishes, Darius, Drew and Kai the best of luck for the February 2018 camp.

You can find out more about the camp and Team England’s progress towards the Gold Coast 2018 Commonwealth Games on the England Basketball website.