Eagles In Team Of The Week

Newcastle Eagles/News/Eagles In Team Of The Week 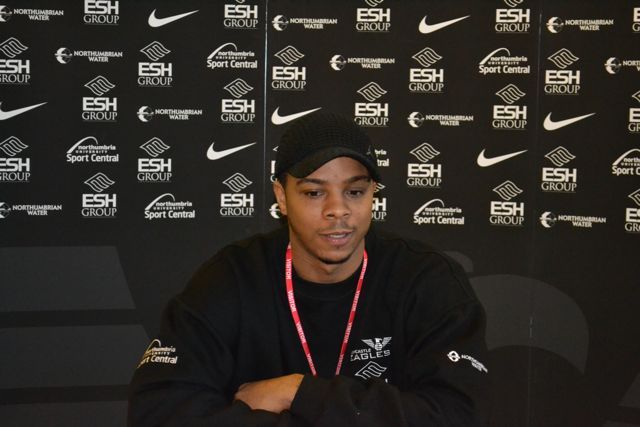 The Eagles continue to dominate as BBL players fight it out to make the coveted line-up as Team Of The Week returns at the start of what promises to be another exciting season.

The first weekend of the new campaign was jammed with players either making their debuts for new clubs, their British Basketball League debuts or indeed in some instances, their full debuts as professional players. Our fantastic five includes four such players who were all pulling on their team colours for the first time.

Joe Chapman (Newcastle Eagles)
One of the leading players last season in the quest for a regular slot in the BBL Team of The Week before his season was cut short by a serious injury, Chapman picked up where he left off. He was the only returnee to make our starting five after heading back to Tyneside to light-it up and show he is already back somewhere near his best. He poured in a game high 23 points for the Eagles against the Glasgow Rocks at Sport Central. The shooting ace also added six rebounds and three assists.

Cameron Rundles (Jelson Homes DMU Leicester Riders)
Playmaker Cameron Rundles is the man entrusted by Riders’ Head Coach Rob Paternostro to help pull the strings for his team this year in the backcourt and the play-caller can be satisfied with his first nights work. The guard was excellent as his team collected an opening night win against Prestige Homes MK Lions. He showed his combo skills by claiming 19 points including five successful attempts from downtown as well as a fantastic nine assists in an all-action display to leave home fans desperate to see more.

Ayron Hardy (Jelson Homes DMU Leicester Riders)
Hardy will certainly remember his first game at the pro-level after producing a really energetic and encouraging performance in the victory over the Lions. The Jacksonville graduate finished with 18 points from a highly efficient 9 of 12 floor shooting display and also showed why he is known for his defensive skills with his quick hands helping him to three steals in addition to pulling down six rebounds.

Andy Thomson (Newcastle Eagles)
Having won titles last season with arch rivals Mersey Tigers, Thomson gave the Eagles fans an early glimpse as to why he was one of the difference makers for the BBL Champions. Despite by his own admission, enduring something of a frustrating opening during the early stages against Rocks, the forward still managed to cruise to a stellar contribution of 19 points and 17 rebounds and promised there was even more to come during forthcoming months.

Justin Dobbins (One Health SharksSheffield)
loss after a poor third quarter but the efforts on the glass of the former Worcester Wolves big man was pivotal in securing consecutive successes. Dobbins claimed a phenomenal double-double of 21 points and 21 rebounds and it could have been even truly spectacular had it not been for a relatively mediocre shooting performance.