Eagles Go Bouncing On At Top of BBL

Newcastle Eagles/News/Eagles Go Bouncing On At Top of BBL 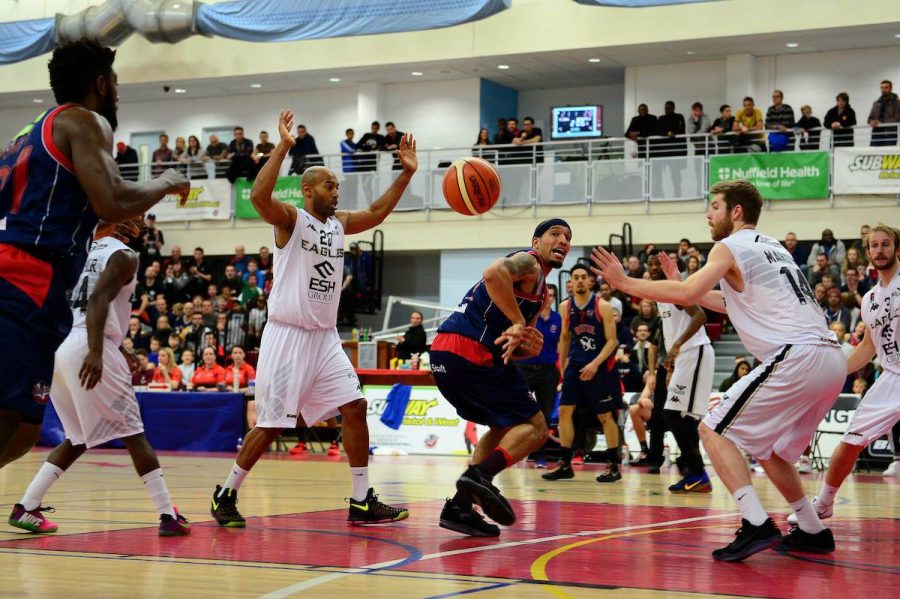 Esh Group Eagles Newcastle restored their four-point lead at the top of the BBL Championship after recording a 67-102 road win against Bristol Flyers.

Fab Flournoy’s side poured in 33 points in the opening period en route to a successful start to their South-West double-header.

Rahmon Fletcher scored 15 of his 24 points in the first quarter with four other players in double figures.

Bristol came into the game on the back of a road defeat against Leicester Riders on Friday night and found themselves 0-7 down early on. However, they got themselves going and were only down four at the end of a high-scoring quarter.

The defences strengthened in the second and the Flyers narrowly closed the gap to three almost six minutes in. Newcastle then put together a strong finish to the half with a 12-2 close.

Scott Martin started the third with a three and the Eagles extended their advantage to 19 ahead of the final period.

There was no let up in the fourth for the league leaders as they dominated the fourth to secure an emphatic 35-point victory.

Newcastle complete their weekend tomorrow away at Plymouth Raiders as they aim to improve upon their 12-1 record.