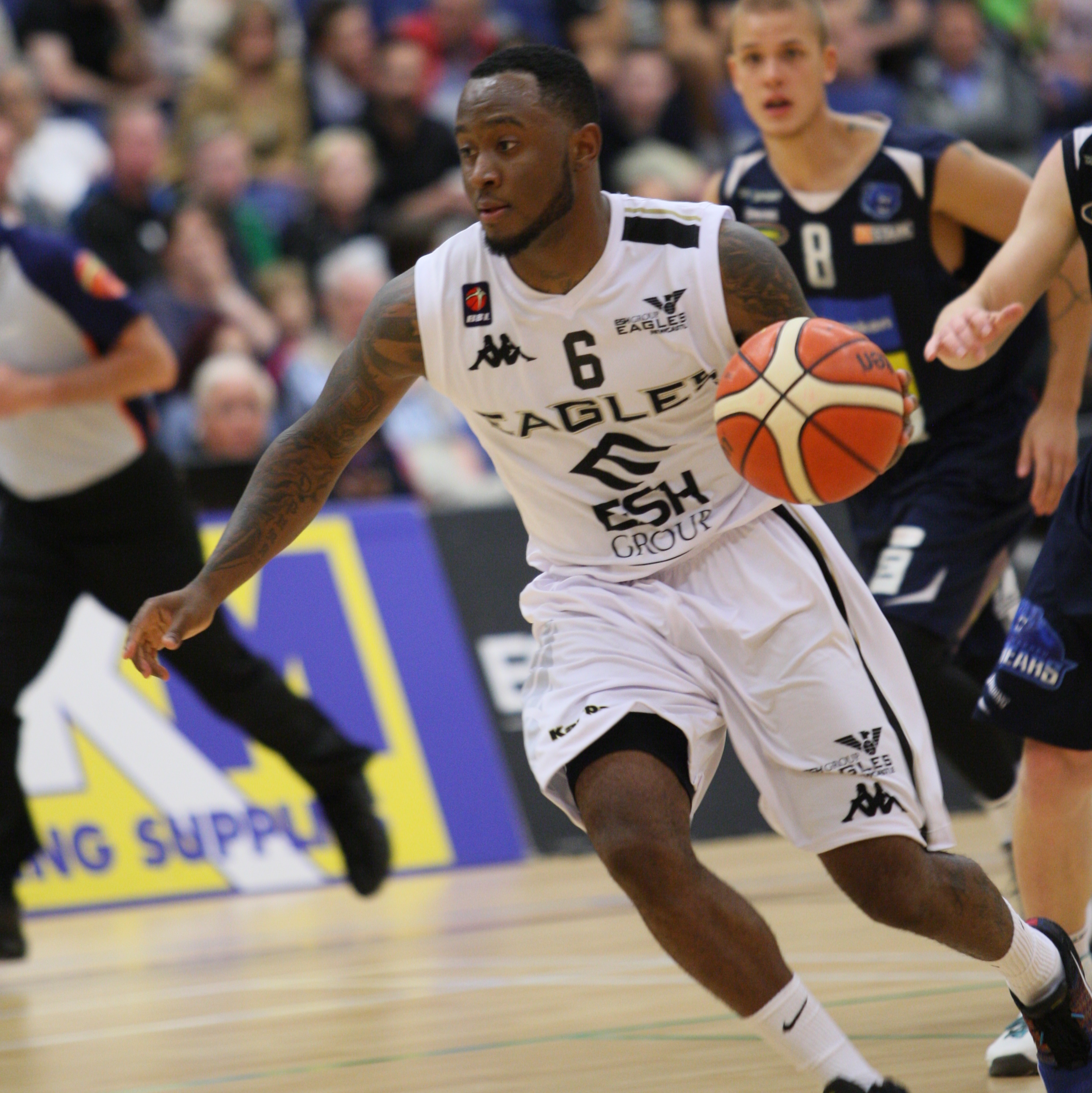 In the first outing in front of a lively Sport Central crowd, Deondre Parks (pictured) played the most minutes of the Eagles new look roster and put up 19 points just behind Scott Martin’s 22 and a big 27, including the first points after winning the tip, by Darius Defoe.

Darius had 9 rebounds to go with his team-leading top score and as well as Scott and Dre in double figures there were 15 points from Drew Lasker, 11 from Christian Behrens an d 9 plus 11 assists from Fletch.

Belgian Champions Oostende will face the Bakken Bears at 6pm on day two in the 3rd/4th placed game and the Eagles will close the tournament in The Final against Estonia’s Tartu Ulikool who clinched their place with a win in a nail-biting 79-78 semi-final that went down to the buzzer.