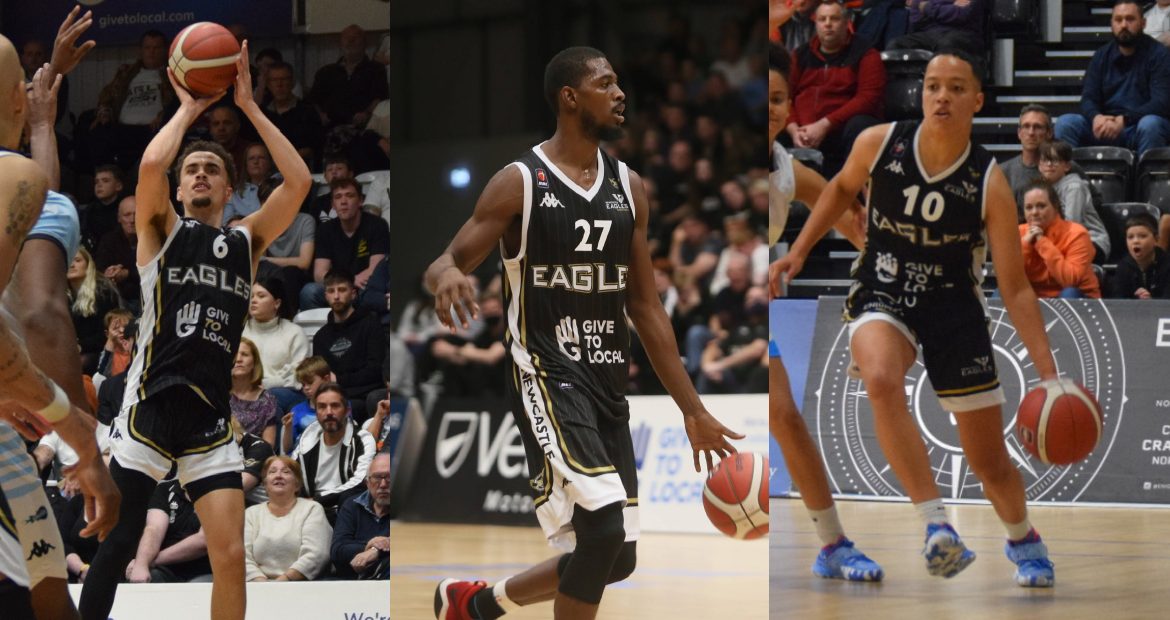 It’s a very special week of BBL and WBBL All-Star Fives as both our men and women’s teams land places after a perfect weekend of wins.

Corey Johnson leads the BBL team into the league’s pick of the players after shooting a 67% from beyond the arc with a performance over Friday and Sunday secured him a starting place in the All-Star line-up for Week 7.

Johnson poured in 27 points on 10-15 (66%) shooting on Friday night as our Eagles beat Surrey Scorchers at home, hitting 5-8 (62%) of his three-pointers and also adding five rebounds and four assists.

An otherwise tight game was broken open in the second quarter, which included a spell where Johnson hit seven points in a minute and a half, also crucially adding another seven in the final four minutes of the game as Surrey got back to within two shots.

Two days later it was Duke Shelton’s turn to shine for our Eagles, this time in victory on their longest road trip of the season at Plymouth City Patriots, to make the weekly team for the first time.

The American forward produced an incredible double-double of 20 points and 10 rebounds in just 19 minutes of play, shooting 8-13 (61%) from the floor.

Newcastle led from tip-to-buzzer as Shelton scored the first five points of the game, including setting the tone with an ‘and-one’ play to start and an early block, before hitting foul trouble. Plymouth made a late run, but he added another eight points in three fourth quarter minutes.

Horton left it all on the floor as our Eagles moved to 2-4 in the Championship as their best defensive display so far and with a near double-double of 25 points and nine rebounds.

Ebony gains weekly honours for the second time this season as our WBBL team held off the visiting Cardiff Met Archers from tip-to-buzzer and scoreless for the first five minutes.

Scoring six early points and 16 in the first half, Horton established herself as the second leading scorer in the league. She went a perfect 9-9 from the free-throw line, and also handing out three assists.

Captain Marina Fernandez also receives a nod this week for a superb performance at both ends of the court landing her a place on the WBBL All-Star Five bench this week.