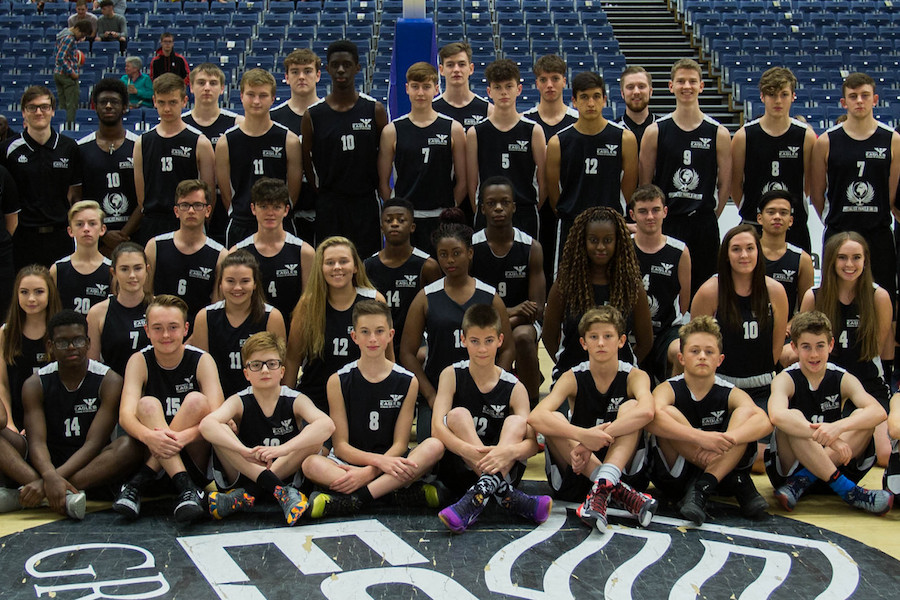 Our Newcastle Eagles Community Foundation is proud to announce its coaching lineup for the 2017-18 season.

This year, the ECF will be entering five teams into Basketball England National League competitions, and this is an exciting time for the club moving forward. This last year has seen a real focus on our performance pathway and making the improvements we need to move the club forward for the betterment of our players’ development.

Starting with the Under 14 boys, Aaron Thomson takes the Head Coach’s role, assisted by James Anderson. Aaron and James have experience at both Regional and National League level and will form a strong coaching staff for our youngest stars.

Under 16 boys will be lead by the experienced Sam Roxborough, with first-year coach Jay Hawman assisting Sam. Sam has many years experience in the Regional development programme as well as several years as a School of Excellence coach. Jay will bring playing experience to the table having played right through the ECF development pathway. The Under 16’s are in safe hands.

The Under 18 teams will be lead by first-year ECF coach Calvin George for the men and Corrine Vaughan will continue with the Under 18 women. Calvin, originating from Kuwait, has vast experience of basketball around the globe having represented Kuwait and worked with some very talented professional coaches along the way. Corrine has a wealth of experience in North East basketball and with regional squads, and such experience will prove invaluable.

Veteran coach and Head of the Newcastle Eagles School of Excellence Graham Heath will take the reigns for the newly created Under 23 Men’s team, and will be assisted by a newcomer to the programme Jose Antonio ‘Lucas’ Cereto. Graham has been a long time servant of the club and the region, and the experience of Lucas from Spain’s ACB, with Unicaja Malaga, will be sure to enrich our programme as the Under 23’s strive to make the next step into senior men’s basketball.

Speaking on the eve of this new coaching staff announcement Heath said: “It’s going to be an exciting season with new coaches coming on-baord, moving the programmes forward once again.”

“The new Under 23’s team gives chance for players who haven’t played for a couple of years to rejoin our programme, whilst creating a great opportunity for developmental players to take part in a men’s senior league.”

“As well as our new coaching appointments it’s especially great news that four former ECF players are now joining our academy staff, having gone through the player pathway themselves and now coming back into the programme as coaches to further their off-court careers in basketball and also continue to develop as players in the new adult age group. This is something we’ve never done before and makes us trailblazers in the sport.”

“In addition to the top end of our academy programme we have extended our programme at the younger end too. Our new Under 12’s programme launched just last Sunday at Walker Technology College and the first sessions have been going really well. This will be the first time that we have given players that young the opportunity to be part of our elite player pathway. This is a really important message for the whole organisation to send as we strive to develop players from younger ages.”

You can find our more about the Eagles Community Foundation programmes and how you can participate by taking a look at the section of our website and also by contacting them directly on 0191 245 3881.