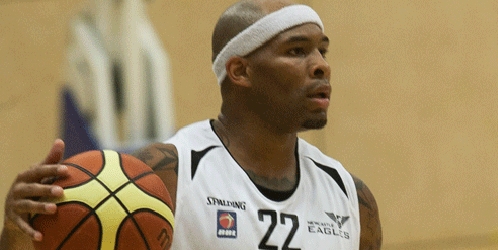 After a solid opening pre-season win over Team Northumbria, The Esh Group Eagles had their first road trip of the season to EBL Division 1 side Leeds Carnegie on Saturday as they continued their build-up to the new campaign.

And in a highly competitive encounter, The Eagles came out on top at the end of an entertaining 40 minutes against a home side that certainly gave a good account of themselves.

Carnegie are hoping to move in to The BBL next season and obviously have designs on a big final EBL Division 1 campaign as they have a solid side mixed with experience and youth that look well capable of challenging for honours in the forthcoming campaign.

It was clearly a big event for the Yorkshire side who put together an impressive match-night experience for a healthy sized crowd who clearly enjoyed what they saw.

Eagles went in to the game without Charles Smith who had picked up a slight knock against Team Northumbria and was not risked. There was also no place for trialist Spencer Wells who had decided to end his period with The Eagles prior to the trip.

It was The Eagles who got off to the quicker start with Paul Gause in particular looking sharp as he nailed a 3-pointer from the corner to get the scoreboard ticking over on his way to a smooth top scoring performance. Scott Martin also tripled as Newcastle produced a powerful opening burst to take an immediate lead which they never relinquished.

For the home side Mikulic was proving to be a potent threat from outside and certainly has the class and ability to be a major force in EBL Division 1 this season. One of Leeds best scorers from last year Ivory Coast forward Armand Anebo was also prominent early on.

However, it was The Eagles superior power which soon had Carnegie in foul trouble and on the back foot as Malik Cooke and Darius Defoe also joined the party as the visitors sank 10 free-throws in the first quarter which was capped off with a Stu Thomson triple to give his side a 27 – 15 lead.

It was more of the same in the second with Gause and Cooke causing mayhem and Drew Lasker prompting and adding his finishing from the foul-line. Eddie Matthew also saw good court time and got on the score sheet and with Fab helping to anchor the ‘D’ at the other end The Eagles went in to break 55 – 33 in front.

The only blemish on the first half performance apart from allowing too many open triples was Martin getting in to foul trouble and ending the half with four fouls. However, he showed his smartness and adaptability in the second 2o minutes as he picked up his scoring without adding any fouls to his tally.

The hosts came out strong in the third and Eagles had to withstand the dressing-room rally talk. However, the superior ability and power saw them hold off the Leeds charge whilst gaining valuable playing minutes for the roster.

The two Croatians and particularly Mikulic with his outside shooting helped their side along with a good contribution from Captain Jack Stannard to cut the gap by four with an 18 – 14 quarter to show the competitive nature of the game although The Eagles were well in control at 69 – 51.

The final quarter saw Eagles see out the game comfortably as Cooke continued to shine on the offensive end and Matthew showed once again that he has a future at this level.
Indeed all Eagles save defensive kingpin Flournoy got on the score sheet in a thoroughly worthwhile work-out. With a 15 – 10 final flourish the Eagles winning margin of 23 points at 84 – 61 was well deserved and a good representation of the difference between the two sides.

Flournoy pronounced himself well satisfied with the win and the overall performance which he felt showed the potential within his roster whilst still leaving him with a lot to work on and improve on before the opening competitive BBL Championship game on September 27th.at Sport Central v Durham Wildcats.