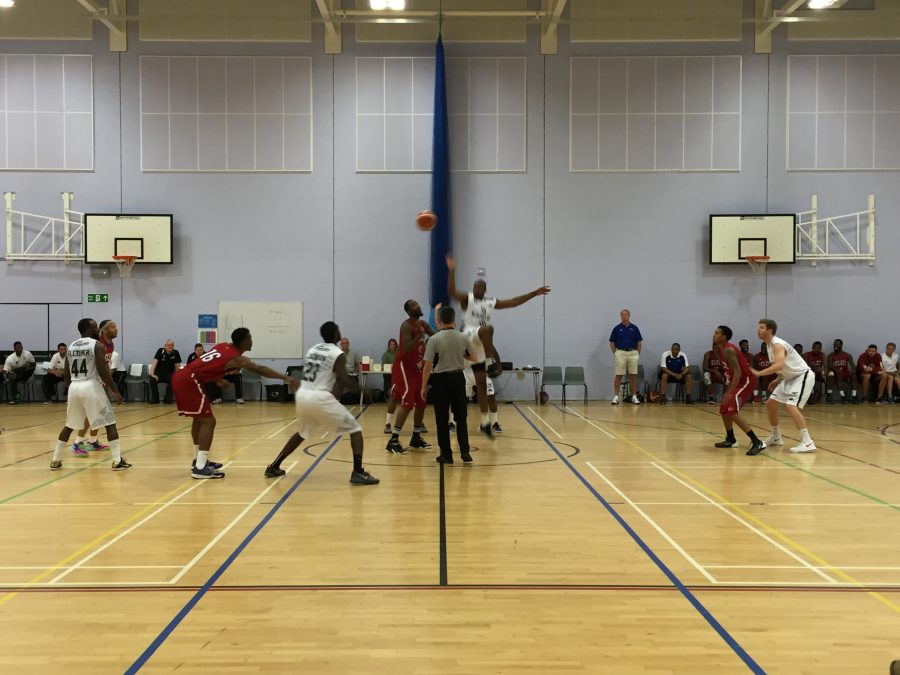 The touring Americans sent a much stronger side than in recent years and they were rewarded with a closer score line than in previous encounters. Part of that was down to 6′ 8” forward Austin Steed who had a great night adding 10 rebounds to his top-scoring 25 points.

Not that the result was ever in doubt as Eagles flew out in to a 21 – 11 lead in the first five frantic high-speed minutes to establish their superiority and although The Select side came back it was still 33 – 26 to the home side after the first quarter.

Newcastle and in particular Scott Martin and new boy Dre Parks went to work in the second period with point guard Rahmon Fletcher dishing out 8 of his 10 assists in that first twenty minutes. New forward Orlan Jackman also showed well as Eagles led 68 – 50 at the half.

They also took the third ten minute stretch even though Assistant Coaches MacLeod and Forrester were rotating their nine-strong bench to rest players throughout the contest. Energy fuelled guard Drew Lasker was the main contributor along with bigs Christian Behrens and Darius Defoe.

With a quarter to go Newcastle led 96 – 75 and the game as a contest was virtually over. The USA Select did show great character and attitude to sneak the final stanza by a point but the end result of a 125 – 105 home win was a great effort from Fab Flournoy and his men and no more than they deserved.

As well as their top three scorers, Martin adding 11 rebounds to his team-high haul, Defoe also had a double-double of 15 points and 10 rebounds and a third double-double was recorded by Fletcher adding 13 points to his ten assists.

Behrens with 13 and Jackman with 10 also netted double figures whilst the old and the young in the shapes of Flournoy and Danny Horta also contributed well with 8 and 7 points apiece in what was an entertaining and worthwhile run-out for the new look Eagles.

Limited tickets are available for the game priced at £7 a head and can be obtained through The Eagles website at www.newcastle-eagles.com or by ringing The Office on 0191 245 3880.