The Eagles Central Venue League runs in two ten week blocks for players in under 12, under 14, under 16 and under18.  The league has been running for more than 10 years.  For the second consecutive year the league’s all star game took place prior to a Newcastle Eagles game.  The selected players were split in two team black or team white.  With family and friends cheering them on the teams faced off against each other in each age group.   Players were selected by the coaches from across all of the teams in the league.  More than 80 young people showed their skills in the competitions with Team Black holding the edge in results.  If you are interested in joining a club or becoming involved in the Eagles CVL developmental league whether you are a player, coach or referee contact the Eagles Community Foundation office on 0191 245 3881. 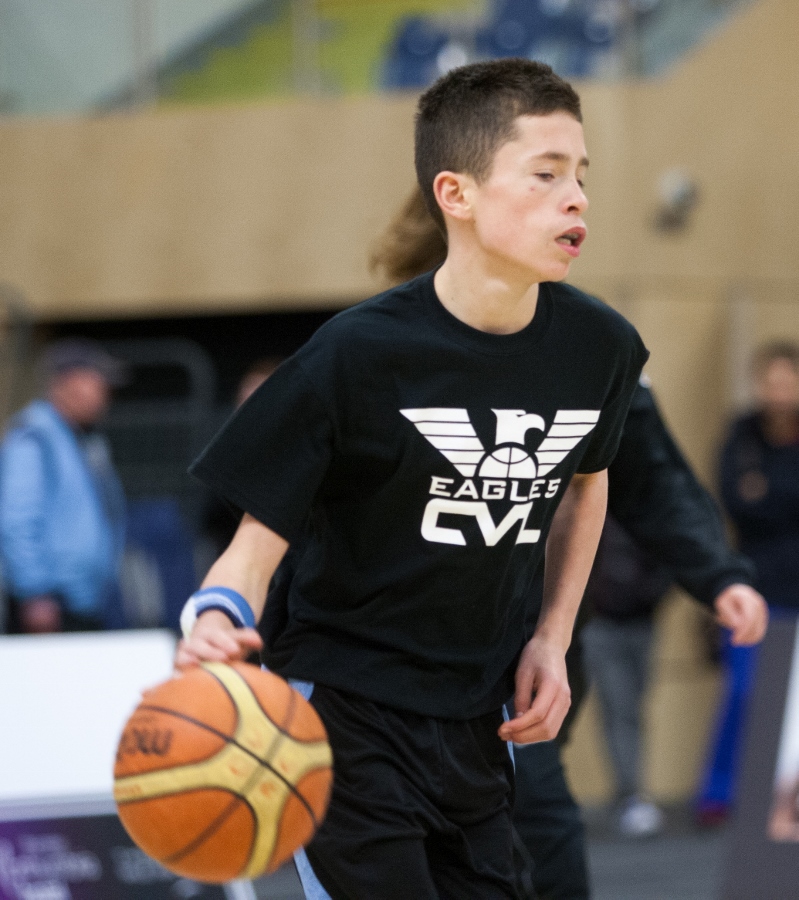