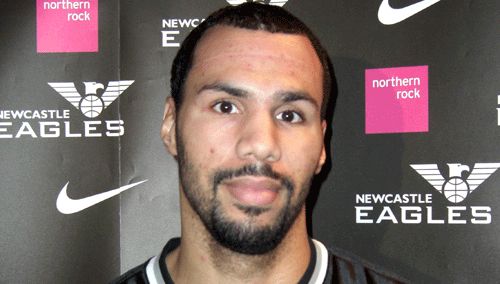 Newcastle Eagles have parted company with recent signing Bryan Defares, who has been released by mutual consent. The Dutchman arrived on Tyneside earlier this month and played in a handful of games for the club, collecting a runners-up medal after taking part in the 2008 BBL Cup Final against the Marshall MK Lions.

However things have not worked out between the parties and the decision was made with the player to terminate the contract.

Eagles’ Managing Director Paul Blake explained, ‘We were hopeful that Bryan would be able to establish himself in the team and he showed some promise, but there were a number of issues that led us to believe that it would suit both parties to end the contract sooner rather than later.’

‘I would like to thank Bryan for his efforts during the short time he had with us and we wish him success in the future. Our attention now turns towards bringing in a new face before the transfer deadline and we have a number of players in the frame and will be looking to secure someone in the next week or two.’

‘We are definitely short on numbers and a season dogged by injuries hasn’t been helping us, but thankfully we have a near fortnight break before the Trophy semi-finals which helps us enormously.’

‘I know our fans will be anxious having decided not to persevere with Bryan, and disappointed after the recent losses, but if we get healthy and bring a new face into the club, the future is very positive for us with the opportunity of another BBL final appearance up for grabs in our next game.’