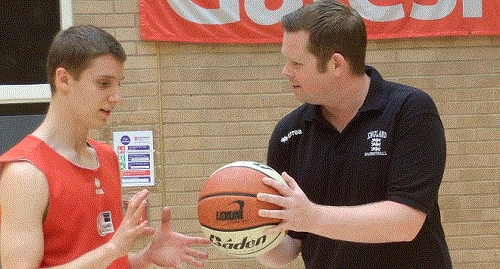 Eagles coach Ian Macleod will be heading to the Denmark tournament for the second year running as England U15 Assistant Coach.

The tournament is the culmination of a year long programme with the Engalnd Juniors in order to prepare players for Under 16 and European Championship play.

Included in the U15 playing squad will be 2 Newcastle Eagles School of Excellence players; Kieran O’Neil and Ilya Federov, both of whom have been included in the final squad of 12 for the tournament after an excellent year of progression within the Eagles junior programme.

Ilya has had an excellent season for Newcastle Eagles U16, while Kieran has been integral in the U15 team.

The England U15 team will face opponents such as Denmark, Holland, Berlin Region, Poland, Iceland, Norway, Kosovo and New Dehli, in the 3 day tournament.