Eagles Book Their Trip to the BBL Cup Final 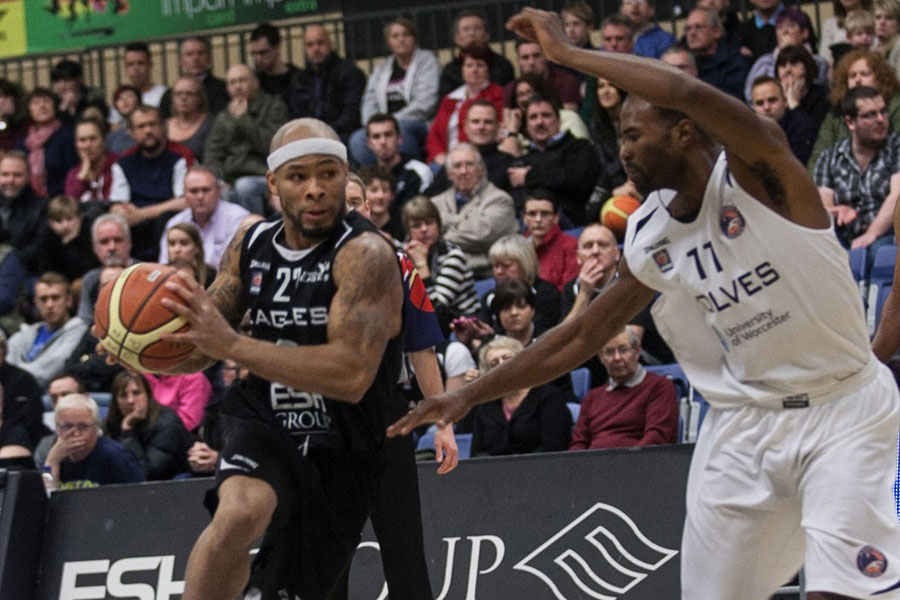 Esh Group Eagles Newcastle stormed into their third consecutive BBL Cup Final after they overpowered One Health Sharks Sheffield 84-57 (163-139 on aggregate), largely thanks to an unstoppable spell midway through this game, inspired by Darius Defore (14 points, 13 rebounds), Scott Martin (17 points, 13 rebounds) and Malik Cooke. The victory sets up a repeat of last year’s final, where Eagles will look to avenge their defeat to Leicester Riders and reclaim the silverware that they won in 2012. Tonight’s win against the team who paced the league heading into the weekend was made all-the-more impressive as they were without the injured Drew Lasker, and Fab Flournoy limped off early in the game.

The Eagles scored 28 points from Sheffield’s 25 turnovers, a mark of the intensity with which the hosts approached this game. That was epitomised by Paul Gause (pictured), who led all-scorers with 20 points, 6 steals and 6 assists.

The Eagles established an aggregate lead early on as Charles Smith’s three-pointer put them 7-2 up, but they went on to trail in what became a cagey start to the game, with BJ Holmes scoring the last five points of the first quarter, including a late three-pointer, to see the Sharks lead 16-17.

But the Eagles produced an unstoppable spell to put the tie beyond their visitors. It started as they opened the second stanza with 13 straight points, including five for Gause, to make their lead double-digits at 29-17. Malik Cooke rounded off the first half scoring to see the Eagles up 42-29 going into the break. When the Eagles opened the third period in a similar fashion to the second, this time with the first 11 points, the lead became insurmountable. They had outscored their opponents 37-12 over a fourteen-minute spell, with Defoe, Martin and Cooke – who scored 18 on the night – combining for the last 26 of those points. By the end of the third period the Sharks had notched just 43 points, and this is the third time this season that they have appeared toothless on offence against a top side, having previously only managed 55 against London Lions and 40 against Leicester Riders.

The Eagles were comfortable in the fourth quarter, as the fans at Sports Central began thinking about a third consecutive trip to Birmingham’s National Indoor Arena on Sunday 12 January for one of the showpieces of the British basketball calendar.