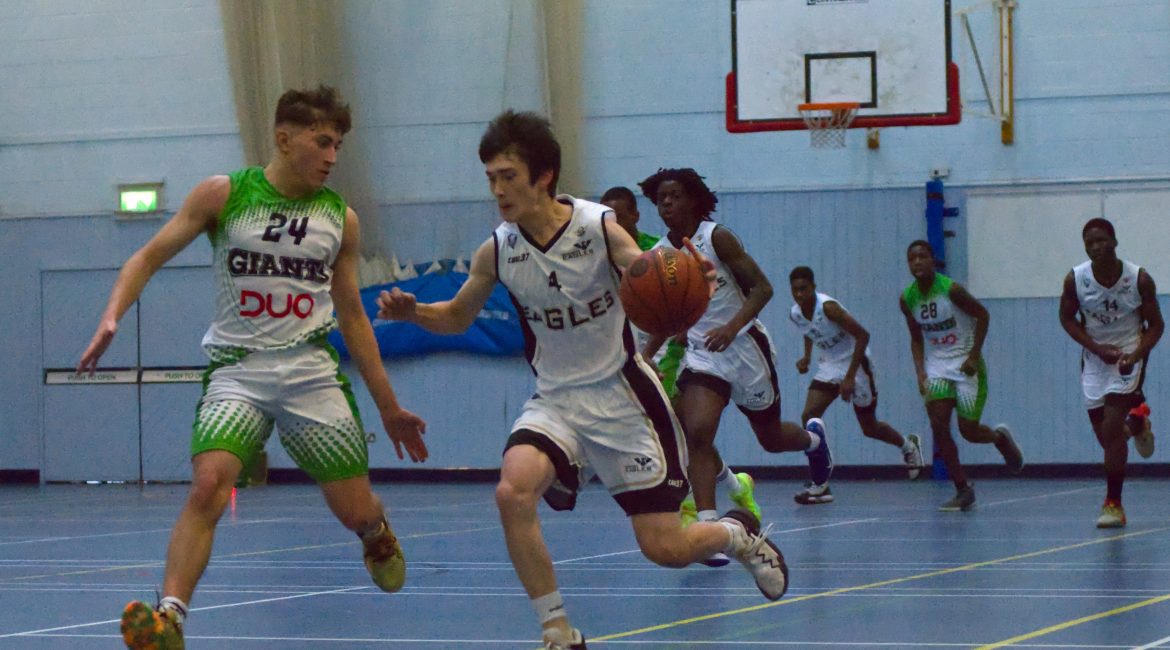 Newcastle Eagles Under 14 girls accelerated towards another big win despite a nightmare trip to South Yorkshire.

Tip-off was delayed against the homecourt Sheffield Hatters after the visitors got stuck in traffic.

But once the game got underway Newcastle moved through the gears to grab a convincing 73-55 win.

Grace Rae (19) and Sophie Hawkins (15) paced the Eagles from tip to buzzer after proving a constant thorn in the Hatters’ defence.

And all 10 Newcastle players found their way onto the scoresheet as Sheffield faced threats from every angle.

Rae opened the scoring as the visitors established an 18-14 first quarter lead — the Hatters struggling to capitalise on early trips to the bonus stripe.

Hawkins and Seraphine O’Neill crafted two eye-catching give-and-go scores in the second quarter as the Eagles kept their noses in front.

And Newcastle took a five-point lead into the locker room following an impressive first half display.

The visitors doubled down on their half-court offence and movement off the ball after the break.

Lexie Walton hit the highlight play of the quarter after coolly converting an open three and the Eagles led by seven heading into the fourth quarter.

As the Hatters tried to force the fourth period pace, Newcastle picked off their opponents on the fast break.

And the visitors stayed focused to seal a fabulous win on the road.

A six-point thriller in Manchester went the way of the homecourt Giants after Newcastle Eagles Under 16 boys narrowly missed out on a prized scalp.

The hosts went into the fixture as hot favourites to retain their 100% record this season.

But Newcastle proved their potential as playoff contenders by taking a high-energy clash down to the wire.

The Giants laid down a statement of intent in the opening quarter, quickly opening up a double figure lead.

Bodies were put on the line — and frequently on the floor — as the Eagles weathered the early storm.

And shooting guard George Stephenson hit six early points to keep the Eagles close enough to launch the fightback that was brewing.

Trailing by eight heading into the second period, Newcastle finally hit their stride as a quarter of aggressive and attritional hoops took centre stage.

And the Giants’ lead had been cut to five with 20 minutes on the clock.

Manchester sensed an upset and came out firing after the break to open up a nine-point lead heading into the final period.

But Newcastle weren’t finished yet and on the back of a tight zone defence the visitors finally edged ahead.

In-form Hezekiel, Finlay, Joe Corkin and Tobi Dawson all found their range as the Eagles mounted a stunning late charge.

The Giants regrouped again and, as Newcastle’s best efforts began to rim out, unbeaten Manchester maintained their proud record with a 74-68 win.

A second quarter slump cost Newcastle Eagles any hope of victory in South Yorkshire as the homecourt Sheffield Elite Academy coasted to an 81-51 win in EBL Division Three.

An even first quarter saw the hosts open up a six-point lead but Newcastle had no answer to a 25-6 second period blitz.

The Eagles did recover to restore some pride and take the third quarter 22-10.

But Sheffield closed out a comfortable victory down the stretch as they limited the visitors to just 11 fourth period points.