Eagles Are A Step Closer To Championship

Newcastle Eagles/News/Eagles Are A Step Closer To Championship 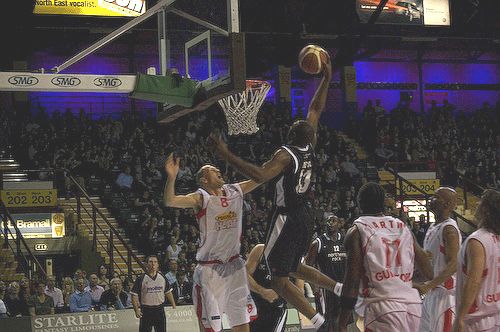 Newcastle Eagles moved another step closer to securing the BBL Championship League title after an 82-68 victory over the Marshall MK Lions at the MetroRadio Arena on Friday evening.

It was the Lions who started the stronger and took an early 14-20 lead midway through the opening period, but the Eagles came back into the game in the second quarter thanks to an 11-2 burst to take them into a two-point lead at 34-32. A further 5-0 burst to close out the first half took them into the locker rooms with a 43-39 advantage. The second half saw both sides trading baskets throughout the third period, and it was the Eagles who continued to maintain the ascendency, and lead 62-55 going into the final stanza.

The final quarter saw the home side take control of the game for good with a 12-2 burst midway through the period to take the score out to 80-64, and the home side held on for the all-important victory. Lynard Stewart top- scored for the Eagles with 18 points, while Yorrick Williams was the leading light for the Lions as he also bagged 18 points for the visitors.