Eagles and Vertu Honda Drive Into 2016! 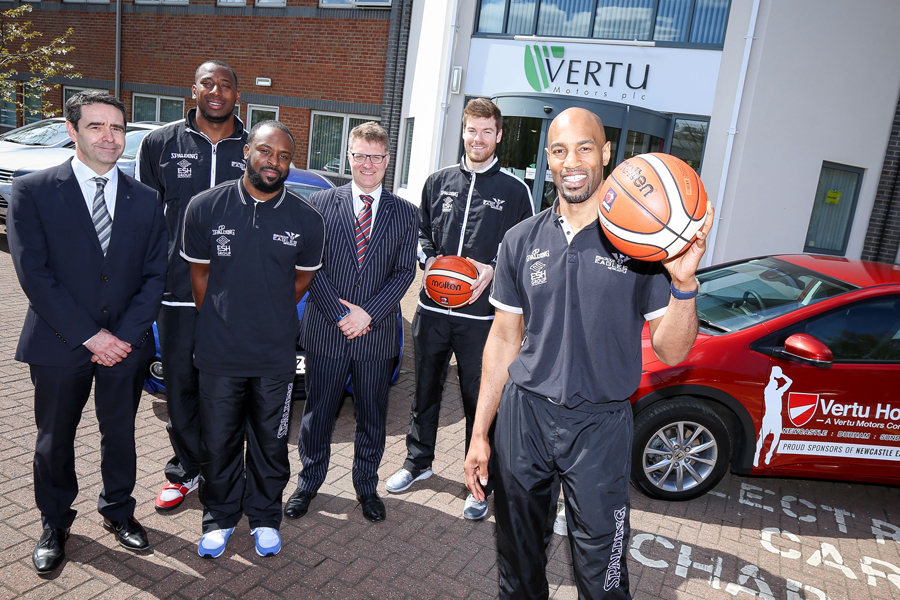 Newcastle Eagles have received a boost from Vertu Honda, which will continue its support of the team into the new season of the British Basketball League.

Vertu Honda, which is part of Vertu Motors plc, has helped keep the team on the move with a number of brand new Honda Civic cars.

Fab, who led the team to league victory in the 2014-15 season, delivered a motivational speech on leadership and teamwork to colleagues at Vertu House.

Chris Taylor, managing director at Vertu Honda, said: “We are proud to support Newcastle Eagles for another season. Providing the team with efficient Honda vehicles allows them to get around to training sessions and games easily.

“Supporting the local community is a high priority for Vertu Honda and the people of the North East are incredibly passionate about sport.”

“We are proud to be associated with one of the most successful sports team in the region.”

Paul Blake, managing director of the Newcastle Eagles, said: “It’s great news to be working with Vertu Honda for the 2016-17 season. It’s very exciting to see the organisation continuing to expand in the North East and we hope the partnership will bring yet more BBL trophies to the North East. We are very proud to be driven by Vertu Honda.”