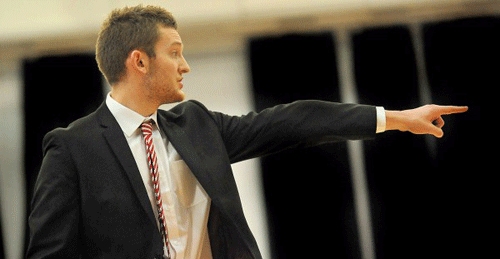 The Newcastle Eagles, in conjunction with the Eagles Community Foundation (ECF) and Northumbria University, are launching the Eagles Girls Development Plan (EGDP).

Team Northumbria women’s player Tayani Clark will be one of the coaches leading the project in the community; ‘I think the new girls project is a great idea. Its a great opportunity for us as players to give back to the community. Hopefully girls in the area will really benefit and the skills they learn through basketball will help to develop them as people also’.”

The Eagles Community Foundation hosted their first ever Girls Basketball Festival’ back in May. Event organiser Merrington commented; ‘The Festival we ran back in May was a great success. We attracted over 150 girls from a number of schools across the North East, many of whom have now taken up basketball at some of our local community clubs. In many ways it was a trial to see what would work. I’m pleased the initial event was such a success and I look forward to developing such events further and making them a regular occurrence’.”

As well as creating more opportunities for girls to play the game of basketball, the EGDP also hopes to increase the involvement of girls within the existing community structures of the ECF. “The ECF already have an outstanding community structure in place, which includes a player pathway from the nationally recognised Hoops 4 Health programme all the way up to the Eagles BBL team, Team Northumbria Women and Eagles Wheelchair National league programmes.”