Eagles Add Another Cup Against NUFC 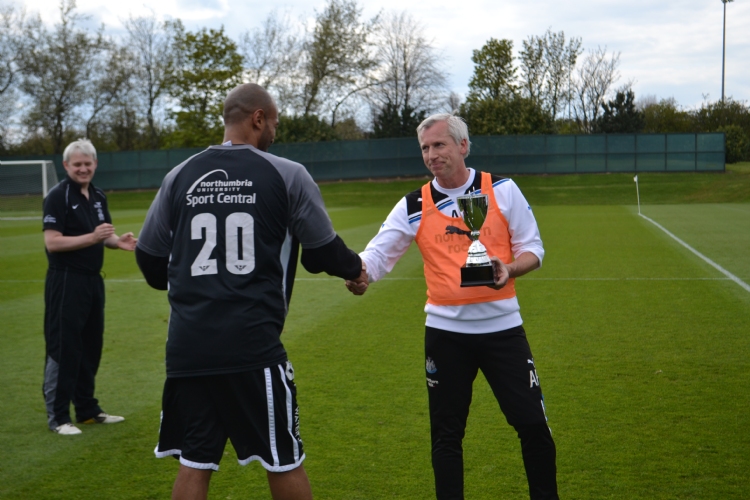 The Newcastle Eagles enjoyed some downtime with a visit to Newcastle United for a friendly basketball and football tournament.

The Eagles were delighted to accept an invitation from Alan Pardew and the Newcastle United team to take part in a basketball game followed by a football match. Up for grabs was the Newcastle Challenge Cup.

Unsurprisingly the Eagles dominated the basketball game although some of the United players, most notably Shola Ameobi and Leon Best, had some moves.

Going into the football it was clear that some of the Eagles’ players had never kicked a football in their lives but overall the team did well. Newcastle United fan Andy Thomson scored the goal of the game, with a screamer from the edge of the box.

The Eagles lost 4-2 but their emphatic win in the earlier basketball game ensured that they won the Newcastle Challenge Cup.

Fab Flournoy: “We were delighted to be invited to Newcastle United’s training ground and it was a thoroughly enjoyable day. I would like to thank the players and staff and Newcastle United for making us so welcome. Hopefully we can make this an annual event, especially if we keep winning!”