Eagle Debuts In BBL Team Of The Week

Newcastle Eagles/News/Eagle Debuts In BBL Team Of The Week 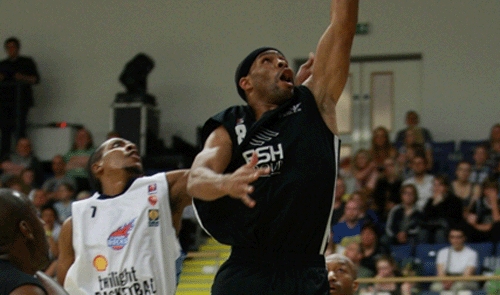 The BBL Team Of The Week is made up from a Newcastle Eagles backcourt partnership and a trio of big men who all had one thing in common last weekend – they racked up double-doubles for their respective teams with some super displays.

Paul Gause (Newcastle Eagles)
The rookie BBL guard grabs a first spot of the season after pulling the strings to great effect for his team as they ruthlessly ripped title challengers One Health Sharks Sheffield apart on the road. The point guard showcased his all-round game with some trademark moves to the hoop on his way to 20 points and 4 assists. Most impressively of all, Gause showed his work ethic and defensive capabilities as he defied his size to almost complete a double-double with 9 rebounds in addition to four precious steals.

Joe Chapman (Newcastle Eagles)
The shooting ace makes his second appearance of the season in the BBL line-up after pouring in 30 points against Sharks. He converted a barrage of first-half three pointers which helped the Eagles blow away their opponent early. The guard finished with six triples in total and also had three assists and two blocks as he continues to show he is well and truly over his injury problems and back to his best form which has lit up the league for the last couple of seasons.

Matt Schneck (Cheshire Jets)
One of the most popular players at Northgate, the forward was instrumental in helping his team secure a first win of the season after they inflicted defeat on north-west neighbours Mersey Tigers in the BBL Trophy. In fact, Schneck produced the best performance of the week as he posted a terrific double-double of 22 points and 11 rebounds. Tigers couldn’t cope with him in the paint as he went to work with great efficiency, making 9 of 11 inside.

Anthony Rowe (UCP Marjon Plymouth Raiders)
The new Raiders kingpin continues to lead by example this season after producing more big numbers last weekend with an excellent performance against Guildford Heat at the Pavilions. He completed a double-double of 20 points and 12 rebounds and also came up with two valuable steals which helped pave the way for Raiders to not only seal victory, but also punch their ticket for the BBL Trophy semi-finals.

DeAundre Cranston (Glasgow Rocks)
After a quiet start to the BBL season, new arrival DeAundre Cranston exploded against Prestige Homes MK Lions as Rocks found their range from all over the floor as they routed the visitors. Cranston was the main man under the hoop where he proved tough to stop for the Lions defence. He made 8 of 10 from down low on his way to a season high score of 19 points while also pulling down 10 rebounds to accumulate an impressive double-double.