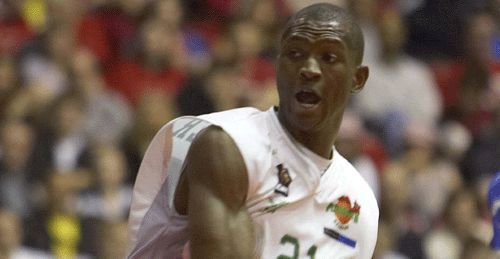 A couple of weeks ago the only thing on Drew Lasker’s mind was marrying his beautiful bride and settling into married life. Now he is potentially just a few games away from winning a BBL title with the Eagles and hours away from making his home debut at Sport Central.

How does it feel to become an Eagle so late in the season?

It feels great to be here and I know that I am coming to a winning team. Expectations are always really high here. I have basically walked into a great situation. I have the chance to win a league title which I haven’t done in my five years in this league.

Did it come as a shock to be asked to join the team?

I was very surprised to get the call because last week was the only time that I didn’t think about basketball at all. I didn’t train leading up to my wedding and I didn’t train with Raiders because I was focused on my wedding. Then two days later the call came and I was very caught off guard.

Is your wife delighted that this is how you are spending your honeymoon?

Not really, she has warmed up to it! At first she was as caught off guard as I was because we intended to spend some time together and three days after the wedding I have had to leave. She has warmed up to it and this was the goal all season so she is happy for me. She is my biggest supporter.
We didn’t have plans for a honeymoon because I wanted to wait, I thought something may come because you never know in this business, injuries happen all the time. I was actually planning a honeymoon that she didn’t know about but then I decided to go with my gut and wait.

How are you settling in with the team and the Eagles way of playing?

All the guys have been really cool and welcoming. As far as how they play it is a totally different way than I have been used to and I only had one training session. So Saturday I felt like I was a chicken with his head cut off running around but I think by the last quarter in Plymouth I felt like I was settling in a little bit and finding myself a bit. I think with another training session Wednesday will be a lot smoother for me and the team.

Are you excited for your home debut in the biggest game of the season?

Definitely looking forward to the game. I saw some pictures of the venue before I came here and it is immaculate. Where the Metro Arena was really big and never too loud or intimidating, here it is enclosed and personal and can get really rowdy. So, hopefully the fans can bring the noise and make it difficult for the Tigers.