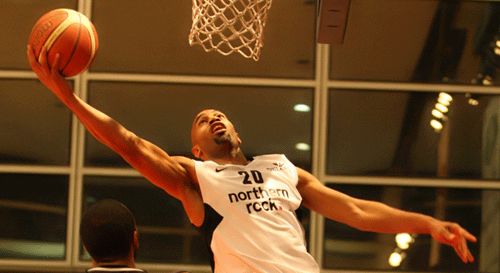 The Newcastle Eagles moved themselves level on points with the Sheffield Sharks at the top of the BBL Championship table thanks to an 87-101 victory over the Marshall MK Lions at the Centre MK on Sunday evening.

The Eagles made their intentions clear from the outset as they exploded out of the blocks and took an early 4-15 advantage inside the opening four minutes of the game. Some exceptional shooting from beyond the arc from the Eagles, most notably Joe Chapman and Andrew Sullivan, continued to extend the visitors advantage and they lead 12-35 after the opening period. In the second quarter the home side the Lions began to close the deficit and get themselves back into the game as they outscored the Eagles 30-18 in the second period to trail by 11 points at 42-53 heading into the locker rooms at the half.

In the second half both teams traded baskets throughout the majority of the third period but it was the visitors who continued to hold onto the lead as they led 63-75 heading into the final stanza. In the final period the Lions came right back into the game once again and six points from Dawud Morris and an EJ Harrison three-pointer trimmed the deficit back to just seven points at 81-88 with two minutes remaining on the clock.

This was however as close as the home side would get in the remainder of the game as the Eagles held their nerve and scored their next twelve points from the foul-line to walk away with the all-important victory. Sullivan led the scoring for the Eagles with 25 points, but it was Harrison who led all scorers in the game with an impressive 30-point haul for the Lions.