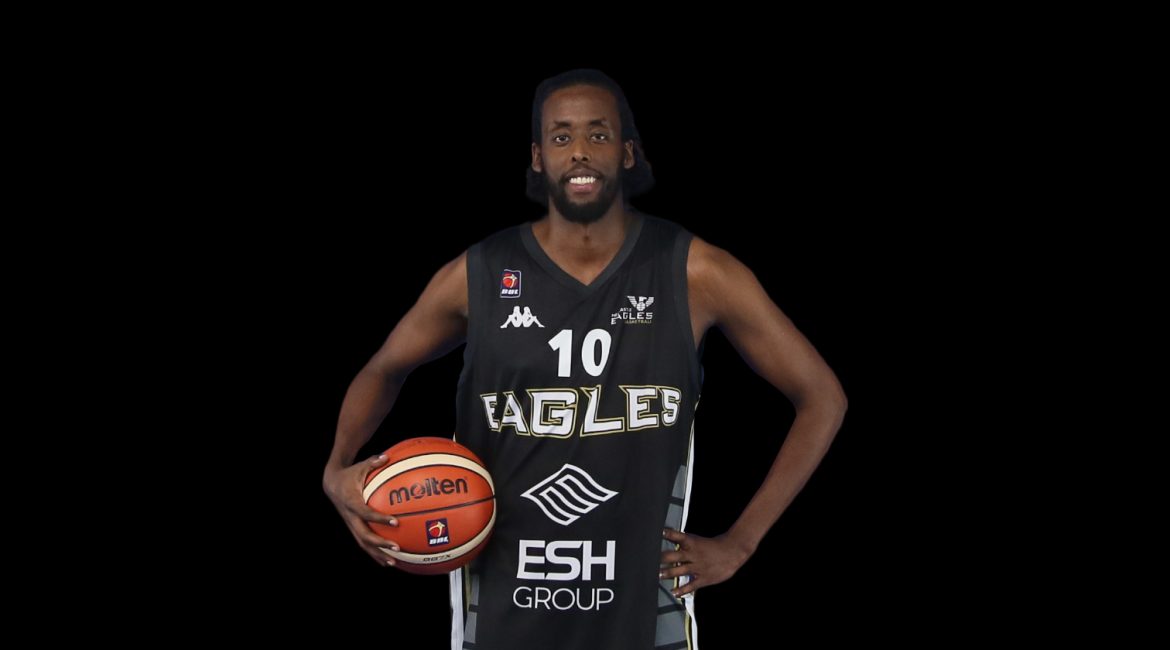 In the final weekend of the BBL Cup Group Stage for our Eagles, a dominating performance from Sade Aded Hussein locked him in for a starting place in the Week 9 BBL All-Star Five.

For the first time since the opening weekend of the season all five starters chosen by the league were above 30.

Sade looked unstoppable against Manchester Giants at the Eagles Community Arena on Friday as he produced a monster double-double of 22 points and 16 rebounds. The Frenchman was shooting at 80% inside the paint, netted a couple of spectacular dunks and added three assists with three steals.

Off the bench Mike Morsell received a nod for his stats, finishing on 20 points and 7 rebounds, that would normally have got him a starting spot in ‘the five’ – such is the level of the BBL right now!

See the full pick of players from last week’s action on the BBL website.