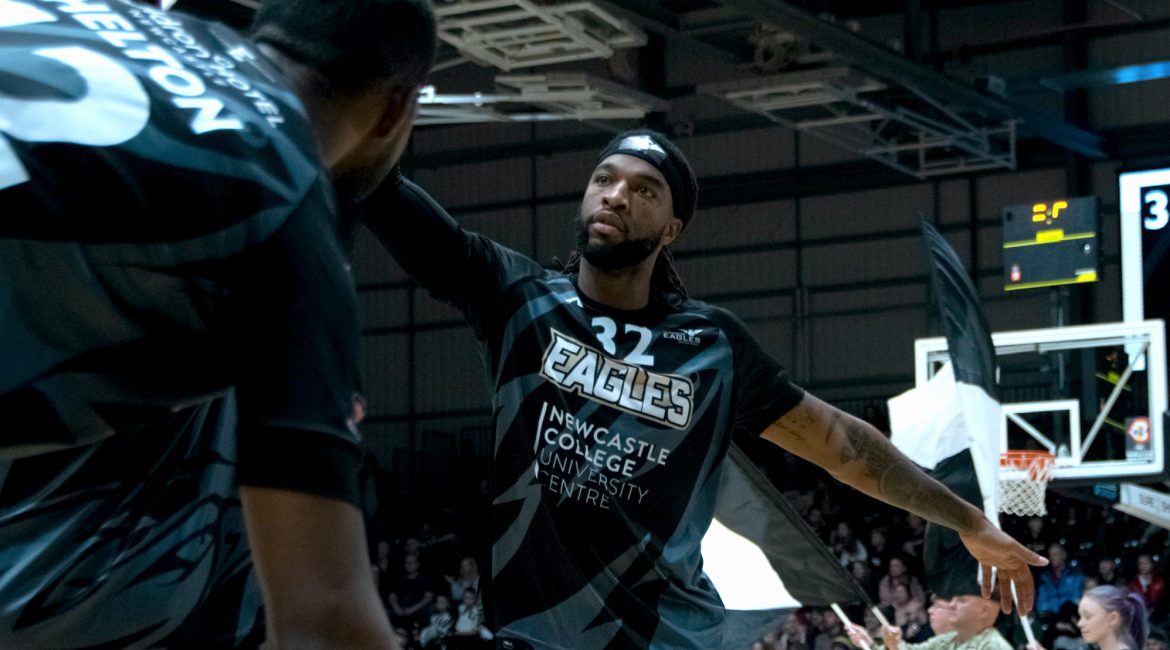 It was a frustrating and disappointing night for all concerned at Newcastle Eagles on Friday night at the Vertu Motors Arena.

They slipped to a 79 – 74 defeat at the hands of the BBL’s bottom side Surrey Scorchers in a game they had been expected to win.

It was Surrey’s first win of the season at their seventh attempt and prevented Newcastle completing three home wins in a row as once again the unpredictable nature of Head Coach Marc Steutel’s roster came to the fore.

There were signs during the game that Eagles had weather the Scorchers storm but in the end losing Captain Darius Defoe to a first half injury and then forwards Justin Everett and Donovan Johnson fouling out down the stretch made the difference.

In particular the loss of Johnson was crucial as the forward was undoubtedly having and had his best game during his short time in Newcastle with 16 points and 9 rebounds. He spoke of his performance and gave his after match thoughts following the defeat.

Steutel Seeking One More Piece To His Puzzle
October 7, 2022

“It’s tough, it’s tough, really tough. We work hard every day to try and get better and we come out here to perform and we’ll have to go back and work harder, stay together and keep building”, said Johnson.

“For me personally I’ve been working on it. We watch film on everything that goes on. Throughout the sets the guys just keep me confident, they tell me to attack and stay aggressive and that’s what I did tonight.”

For a long time in the game that looked like a winning formula for Johnson and his teammates but that final fifth foul with just over a minute to go and The Eagles only down by a single point was a foul too far.

“I got the momentum going. They were backing off they were closing off a little tough so I went to the rack and played my game. I was comfortable today until that last foul.”

Johnson referred to the impact it made losing their Captain Darius Defoe and how that changed their line-up.

“It was tough losing Darius. He adds to our depth in the paint. So then we had to go a little smaller and it was tough for the rebounding for us.”

Surrey though deserve credit for the way they approached the game, played together with determination and saw out the game. Johnson wasn’t surprised with their efforts despite them coming into Newcastle without a win.

Another game slips by and another Eagles loss in front of their home fans which is never a thing that anyone enjoys. Johnson though preferred to look forward and not back.

It will be two weeks before the Eagles step on court again with a home game against Plymouth City Patriots on Friday November 18th. In between that International basketball comes to the Vertu Motors Arena.

Serbia are the visitors to Newcastle next Friday night facing Great Britain in a World Cup qualifier which the hosts have to win to keep any hopes of progressing alive.

Tickets for GB vs Serbia are still available from £17 for adults and £12 for children from the box office with discounts available for our BBL and WBBL season ticket holders.