Darius And Eagles Looking For A Lucky 13

Newcastle Eagles/News/Darius And Eagles Looking For A Lucky 13 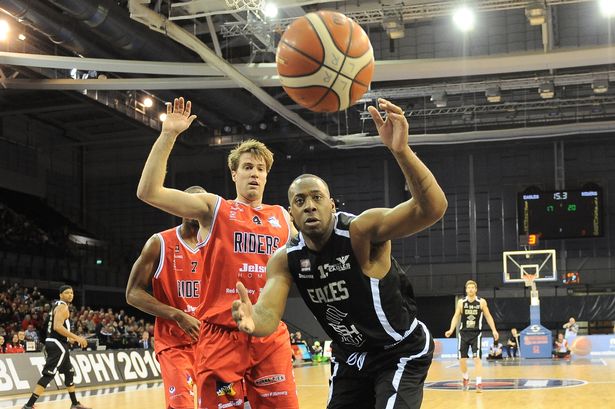 Esh Group Eagles Newcastle are hoping it’ll be lucky thirteen as they welcome back a cornerstone of their astonishing success back for the 2016/17 season. Power Forward/Centre Darius Defoe has been an Eagle since 2004 and has taken part in everyone of The Franchise’s 23 winner’s and 16 runners-up trophies in that time.

Defoe has gone from being a raw rookie to one of the most powerful and influential British forwards at both ends of the court and no-one knows The Eagles system, set-up and Head coach Fab Flournoy better as he returns for the 13th season to Newcastle.

Commenting on his return to the ranks Flournoy had this to say.

“Darius is a major signing for us. He has been one of the best centres in our league for a number of years and is fully aware of our aims, methods and philosophies. I am looking forward to him taking on more of a leadership role this coming season.”

With The Eagles looking to go in a different direction this season welcoming new players to the Club and roster a sense of continuity is also something they look for and in Defoe they have confirmed that status.

It is clear that Darius has a big role to play in helping the new players settle in and acclimatise to life in Newcastle as well as contributing his own efforts and abilities in the way that all at the Tyneside club have become accustomed to.

Defoe has averaged over 11 points and 6 rebounds in each of the last six seasons in The BBL a period where he’s also been one of the highest percentage shooters from inside the arc.

His inside presence at both ends of the court and basketball know-how is one of the major reasons why The Eagles are delighted have him back on board this season.

Very much part of The Eagles family and organisation the extremely popular fan’s favourite is also very pleased to be back at a place the Londoner now considers home.

‘It is always great to sign for the Eagles, it is my second home to London. It’s also great to work and play with quality players at the club. As always we want to go out and win, win and win and lift some more trophies! I don’t see myself as a veteran but I definitely have a senior role on the team now and I am going to try my best to help the guys fit in, offer my support when needed and work on my game’.

The club are excited to be opening pre-season with the MKM Euro-Invitational on the 4th and 5th September. It’s a tournament of champions as the best of Belgium, Denmark and Estonia visit the North East. Eagles team and fans welcome 2016 Basketball Champions League participants Oostende, Bakken and Tartu to the North East, in what will be a great start to the season and the perfect warm up for the Eagles. Tickets for both days are available online and from the Eagles office on 0191 2453880 – don’t miss it!

Take a look at 13 years of Darius Defoe in our number 13 jersey: