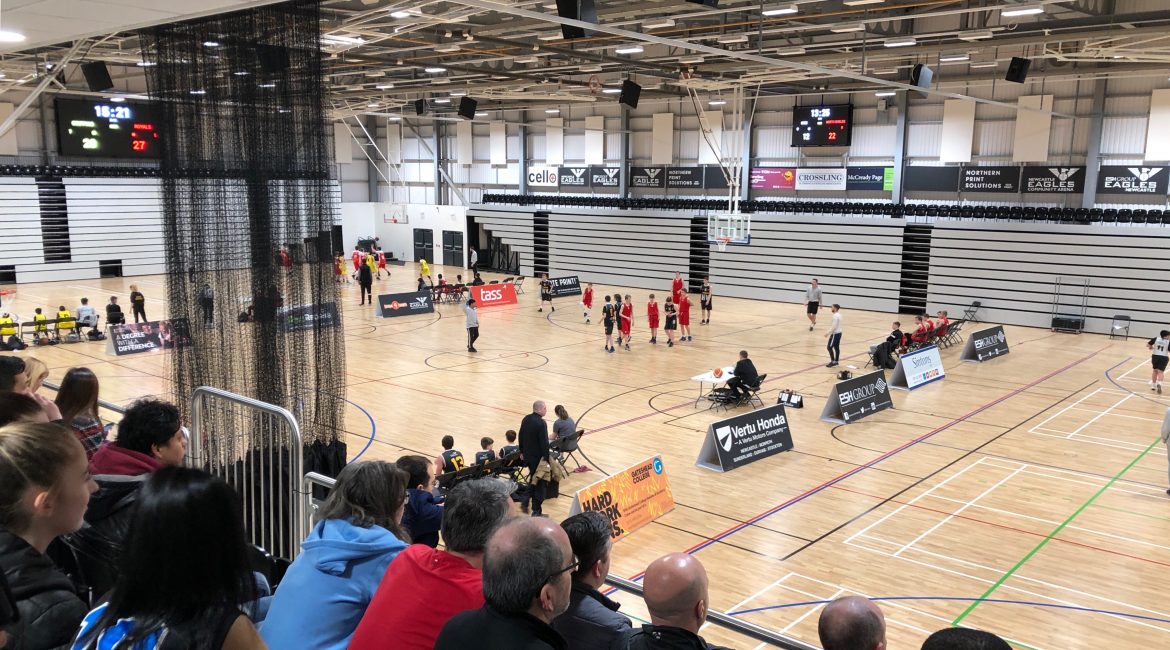 Anyone attending last Friday’s sparkling opening night of the new Eagles Nest couldn’t have failed to have been impressed by the new arena and what it can offer to basketball in the region. The real proof of that pudding though really hit home less than 12 hours later in the very same space.

Saturday morning showed just what a legacy the Eagles Community Arena will have as it staged the very first set of Central Venue League games in the foundation’s new home and on the very same court that the senior Eagles had played on the night before.

For Eagles Community Foundation Chief Operating Officer Susan Hunter it was a proud moment and one she and the organisation will remember for time immemorial.

“I have been a part of the CVL set up since it first began in 2002 and to be here in our new home on Saturday was incredible! Having a full day of basketball which ranged from U10s CVL, to our junior and senior academy teams to the BBL team training is something we have always strived for.”

“The atmosphere throughout the day was electric. In the next couple of weeks in our new home and on 3 courts we will be expanding the league to include an U10s as well as introducing an U8s session, so a Saturday at our home will indeed be a day of basketball for all.”

“The kids and parents were blown away by how the CVL looked. When we were playing on the 3 full size courts we were using all 3 scoreboards so everybody could see what was happening on each of the courts.”

“It was pretty exciting this week for the younger players as the senior Newcastle Eagles come in for an hours training session on the middle of the court.  Some of the kids and parents stayed back after their games to watch the team training, the first time that there has been such exposure to the pro teams training session.”

“Throughout the day we had the academy games happening as well which was great for the kids from CVL that aspire to reach that performance program and from this week we will be having the cafe open as well.”

Whilst Friday night was historic and memorable, Saturday was no less so. With the wonderful new Eagles Community Arena dreams can be forged and made reality as the future of North East basketball took a huge step forward.