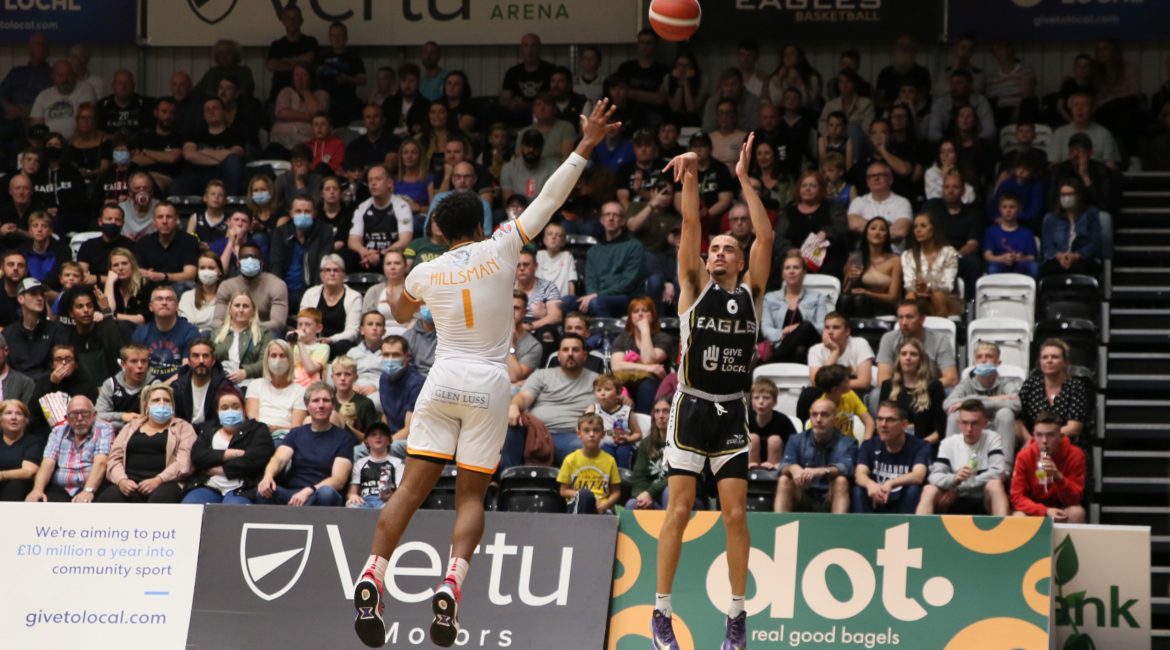 Corey Johnson has insisted Newcastle’s new breed is under no illusions when it comes to understanding what’s expected of an Eagles player.

And head coach Ian MacLeod has promised frustrated fans that nobody is more demanding than a team determined to end its losing streak.

Johnson and MacLeod presented a powerful united front as they looked ahead to Friday’s pivotal BBL Cup clash against Cheshire Phoenix.

But a positive mindset must be backed up by an improved performance as Newcastle look to end their worst start to a season since 1998.

“That’s why I came here. That’s why all of the guys chose to play for the Eagles.

“We carry that reputation as winners into every game and we accept that.

“Of course, it was tough not having much of a pre-season but we can’t make excuses.

“I feel confident that we’ll win games if we stay the course and stick together.

“We’re getting ourselves into winning positions and that’s the first step. Every game we play we’re making progress.

“This is a team that’s built to win and it will.”

MacLeod remains confident that his new-look roster has what it takes to build on the legacy of British basketball’s most successful franchise.

But he insisted that it’s time to stop talking about the future and start focusing on the here and now.

“It’s all very well talking about building but we’ve got to start winning games,” he said.

“We have to get the monkey off our back.

“Four games ago we were a Championship-winning side but that has no bearing on where we are now.

“Losing to Sheffield and Manchester down the stretch hurt. In both games we got ourselves into a position to win.

“So right now it’s about closing out games, staying focused, maintaining our concentration and being super-clear in terms of what’s expected.

“And we know what’s expected of this team and this club.

Successive losses against Glasgow, Sheffield and Manchester have left the Eagles rooted to the bottom of the BBL Cup’s north group.

But with five games to play Newcastle are by no means out of the running as they seek to defend last season’s title.

The top four sides qualify for the quarter-finals and Johnson added: “Any team can beat any team on the night. We just need to take care of some stuff and we’ll find that win.

“We’ve already cracked a few things and we’ll be ready for the Phoenix come Friday.”

With the Eagles’ northern rivals all taking two wins apiece so far this season it’s impossible to identify a clear group favourite.

“When we first looked at this group it featured a few teams that finished lower down the league last season,” added MacLeod.

“But those teams have recruited really well.

“Cheshire are one of those teams and they’ll provide us with another stiff test.”