Coaches Assess The Road Ahead

Newcastle Eagles/News/BBL/Coaches Assess The Road Ahead 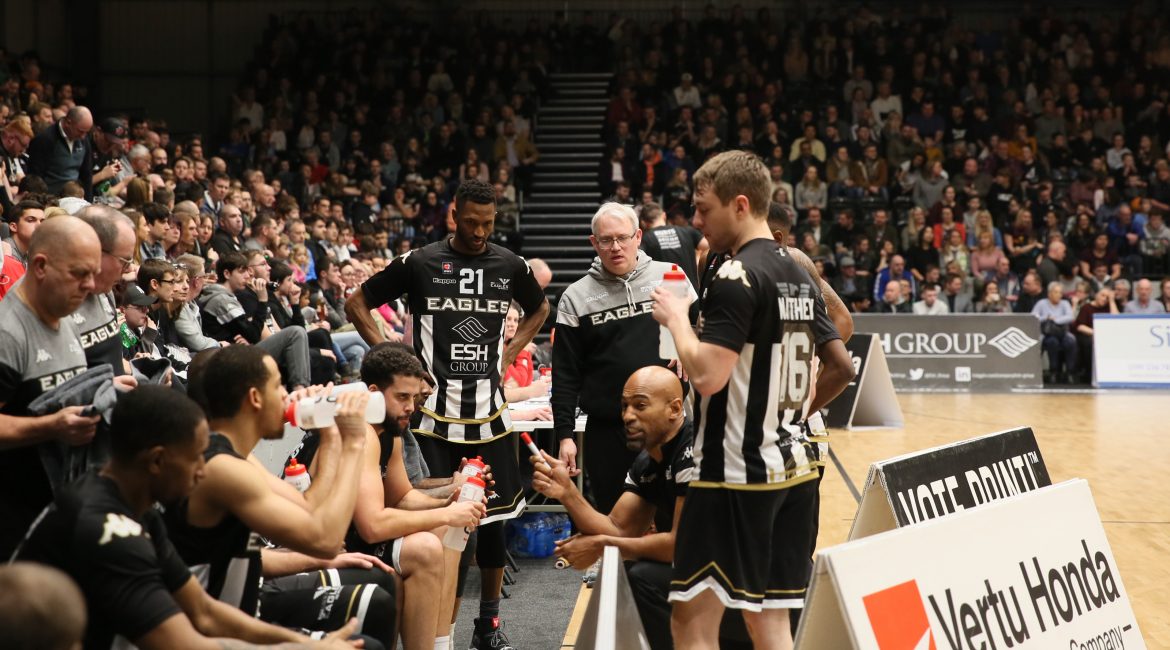 Esh Group Eagles Newcastle fly back in to BBL Championship action this Friday with a long road trip to The BBL’s bottom club Worcester Wolves, writes Jeff King. Two weeks have passed since they fell to a devastating 89 – 71 defeat at home to Manchester Giants ending their BBL Trophy hopes.

But that’s two weeks to hopefully right the wrongs and get things back on track as Assistant Coach Ian Macleod explains starting with reflections on that defeat to Manchester where the performance was perhaps even more disappointing than the result.

“Most definitely, we made some mistakes with things we had previously sent time correcting. Our ball screen defence in particular was not good enough.”

So, as a coaching team how have they addressed that defeat as they look to get back to winning ways?

“In all honesty, the exact same thing we would have done if we had won that game. Review the video, highlight areas for improvement and decide what is most urgent that we get right. Like I said, ball screen defence was one of those areas, but offensive transition and shot selection is also on that list.”

Many have commented on the Eagles being out of both cup competitions and having already lost six games in the league that the Play-Offs must be the goal and focus for the team as they look to the rest of the season. However, Macleod doesn’t see it that way.

“It’s about the league until the mathematics tell us it’s not, however at this point it is not in my nature to focus on outcomes, it is about our performance and the behaviours we display on a consistent basis. We get those right and the outcome will take care of itself.”

“It’s not even about each game, it is about each practice, each video session and each and every interaction we have as a team. We must take a step forward every time we come together. We must have the right intent in every moment.”

“Every team will make mistakes, every team will miss shots, but we have to commit fully to the decisions we make and if shots don’t drop have the confidence that they are the right shots to take.”

Losing Victor Moses with a hamstring injury during the Plymouth defeat which opened the brand-new Eagles Community Arena was a real blow and the top-scoring power forward was also missing in that Manchester defeat and there’s no doubt his presence is affecting the Eagles roster at present.

However, with his injury being assessed daily, the Eagles coaching staff are hopeful that his absence is not a long-term one and expect him back on the court soon. Worcester on Friday may come too early for Moses which in the context of the current situation seems like a must win game for Newcastle.

“It’s obvious there are no easy games this year, and every game is a must win game! I can’t allow myself to focus strictly on the outcome, the responsibility lies with us to put a product on the floor that shows a performance full of cohesion with the right intent.”

“We’ve had a great week of practice already, and with a blank weekend it is about staying sharp and getting healthy. The players are desperate to get back on the floor and bounce back on Friday.”

The away game on Friday night is being screened live in the Eagles Community Arena’s first-floor Hospitality Suite with the normally VIP-only bar and the Eagles Eats cafe in the foyer open to all from 6:30pm ahead of the 7:30pm tip-off. Tickets are just £1 per person and can be booked online now.