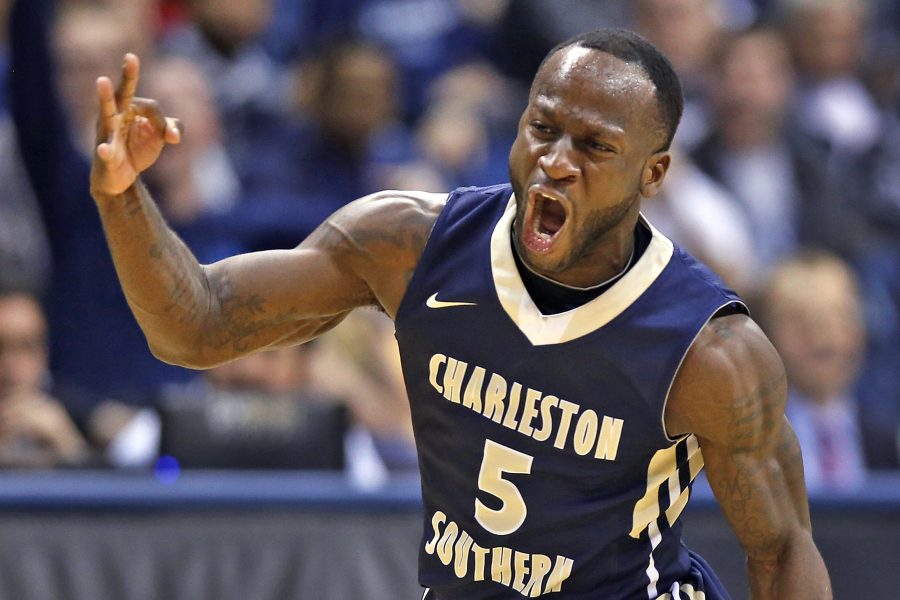 One of the biggest questions to be asked of Esh Group Eagles Newcastle Head Coach Fab Flournoy was how to you replace a two-time BBL MVP who was also your court general writes Jeff King.

The answer is probably that you don’t but you bring someone in that you hope can bring as much success and leadership to your roster. Flournoy and The Eagles hope they have found that man in 24-year-old point guard Saah Nimley.

Nimley from Atlanta, Georgia is a two-time Big South NCAA Conference Champion who in his senior year at Charleston Southern University, 2014/15, was the Conference Player of the Year averaging 21.4 points per game, fifth best in NCAA Division 1 and 4.1 assists.

Nimley is a Liberian by birth but a USA passport holder, After four stellar college years at Charleston Southern he played his first professional year for Nevezis Kedainiai in Lithuania’s LK League in 2015/16. Last year he signed for Salon Vilpas Vikings in Finland but left shortly before the season got underway.

Listed at 5’ 8” he is described as a lightning quick guard who can get by his defender at will combined with deadly long range shooting. A tough scoring guard who also creates open shots for his teammates due to his quickness and has a great professional work ethic.

Saah himself can’t wait to get started for The Eagles and in The BBL.

”I'm very excited to have signed for such a great Club. I'm ready to get there and help bring another championship to Newcastle.”

“I didn't know much about them until recently, but now I have had a chance to have a look at them, I have a little bit of knowledge about the team and the BBL”

“I thought it was a great opportunity for me and also would be able to content for a title right away. I think my leadership is something I'm going to bring to the team and I'm also going to add to the winner's mentality that the organization already has.”

“I’m just ready to get to England, get to work and I’m thankful for the opportunity.”

Flournoy himself is in no doubts about what he believes Nimley can bring to The Eagles.

“We think Saah is capable of being a high level player in The BBL. I always give my point guards freedom to express themselves and I am really excited to see what he can bring to the team.”

Nimley will join his new team-mates in Newcastle soon and will suit up for a the first-time when The Eagles get their soon to be announced pre-season games underway in September.

Meanwhile season tickets to watch the new-look Esh Group Eagles Newcastle are still available by contacting The Club on 0191 2453880.