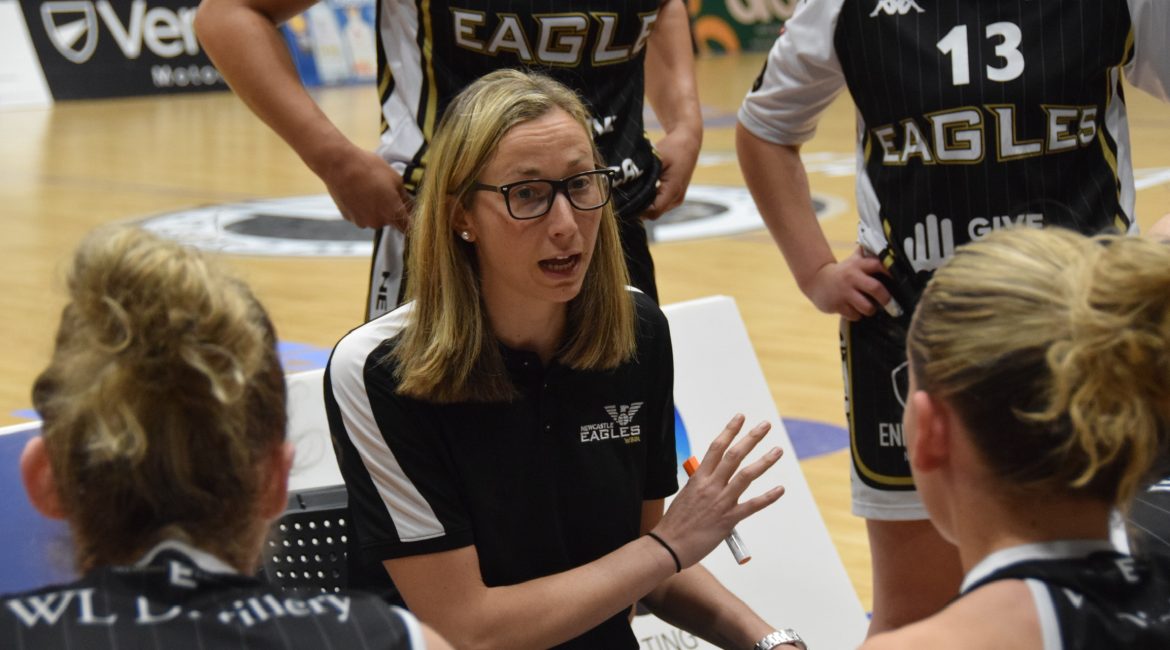 Noelia Cacheiro is closing in on a series of key summer targets as Newcastle’s WBBL roster takes shape ahead of the Spaniard’s first full campaign at the helm.

The Eagles playcaller is talking to a number of familiar faces and potential new recruits as the hoops market starts to hot up.

But Cacheiro won’t be rushed into making snap decisions as she considers how best to kickstart a club disappointed to miss out on last season’s playoffs.

“Across the board it’s a slower than usual summer as far as recruitment is concerned,” admitted the former Newcastle player.

“I don’t think we’re the only club waiting for players to make decisions and decide their futures.

“I do think things will start moving quickly in the next couple of weeks and we’re in a great position to get things going.

“There are a couple of interesting names in the frame as far as the Eagles are concerned and I’m confident it won’t be long before we have a competitive team in place.

“It’s always intriguing to see how things play out at this time of year.”

But one player signed up for another campaign of top flight hoops action is Newcastle fan favourite Chloe Gaynor.

The Eagles star enjoyed a strong finish to the season under Cacheiro and looks set to build on a breakout year.

“Chloe plays in one of those positions that’s notoriously difficult to fill and so I’m delighted she’s back,” added the Eagles’ coach.

“We all saw her huge potential last season and there were two or three games towards the end of the campaign where she really started to feel back to her best.

“You could see that Chloe was growing in confidence every week and I can only see that confidence building the more games she gets under her belt.

“Until last season she hadn’t played too much basketball but she was able to manage her game time and grow into her role.

“Chloe has always had the skill and the physical presence to be a big player in the WBBL but she’s always lacked a little bit of confidence in her body.

“That’s starting to change and she’ll have a key role to play for Newcastle next season.”