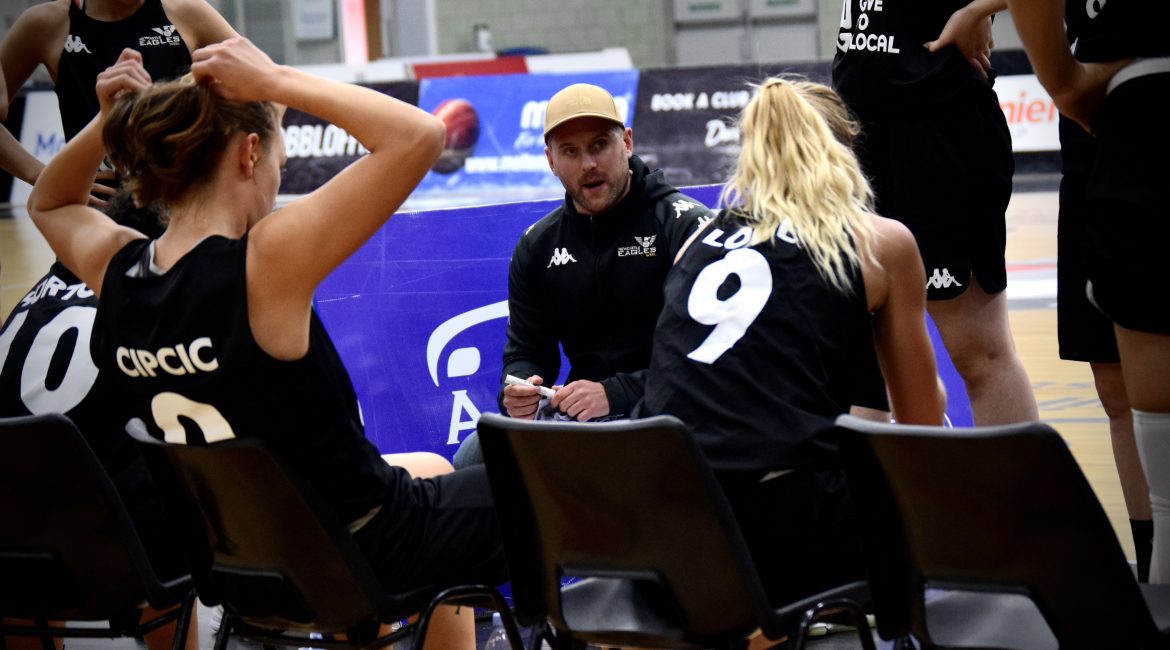 Chris Bunten has challenged new-look Newcastle to play the role of arch disruptors ahead of this weekend’s winnable WBBL Cup double header.

The experienced playcaller has tipped his remodelled Eagles to ruffle some feathers following last season’s fairytale run to the playoff final.

And a bullish Bunten isn’t bothered about winning any popularity contest with the new campaign just 48 hours away.

“I’d be very disappointed if we lost either of this weekend’s games,” he admitted, ahead of back-to-back clashes against Caledonia Pride and Durham Palatinates.

“We should be winning both matches this weekend and I’m not afraid to say that.

“If someone isn’t doing their job then the next player will step up. It’s as simple as that.

“We want to be the Detroit Pistons of the WBBL — getting in the opposition’s faces and winding them up.

“I want Newcastle to be the team that nobody wants to play. I want us to swarm all over the opposition and disrupt everything that they do.”

Bunten has built a roster rich in youthful ambition as he seeks to double down on last season’s stunning finale to an often fraught season.

And he sees Newcastle posing multiple problems thanks to a deep roster in determined mood.

“On any given night any one of my players could step up and we’ve already seen a great spread of scorers in pre-season,” he added.

“It’s very exciting to watch this team and I have high hopes for this weekend.

“We couldn’t have asked for a better schedule to tip things off but we have to take advantage of that.

“On paper, playing Caledonia and Durham on the opening weekend counts in our favour.

“But we have to capitalise on that schedule and get the job done.”