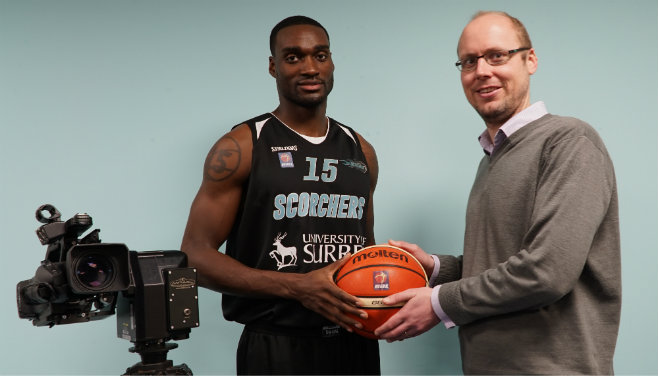 The first stage of this ground-breaking partnership will see an initial pilot of four BBL events streamed live in January 2016 via Skysports.com and Webcastsport.com.

Dates, times and competitions are as follows:

The four pilot BBL events are to be produced by sports broadcaster, WebcastSport, using Hawk-Eye’s SMART production service, a solution that significantly reduces the cost of live basketball production by up to 75% without impacting on the quality of the output.

A further element of the collaboration will enable basketball fans worldwide to watch the live streaming of BBL games for free on their PC, and on their tablet or smart phone via the Sky Sports’ app.

“I would like to thank all parties involved who have worked both hard and selflessly to pull this ground-breaking collaboration together.

“Not only will the partnership give fans the opportunity of watching live games on their PCs but also on their tablets and Smartphones, and all for free.

“This, coupled with accessibility worldwide, was for us, an important element of this project.”

Hawk-Eye’s Managing Director, Stephen Carter said, “We are delighted to be part of this innovative collaboration with the BBL.

“Following our trials with networks across multiple American sports, including basketball and baseball, we feel our technology is the perfect match for the BBL and we look forward to developing this partnership in 2016.”

Meanwhile Kevin Magee, Managing Director of WebcastSport, added, “WebcastSport is proud to be the web streaming partner for the BBL.

“We are excited to be able to bring our many years of broadcast expertise to one of the UK’s largest sports and to be able to deliver the league live to webcastsport.com viewers free of charge.

“The opportunity to collaborate with Hawk-Eye and its new technologies, and the added bonus of our partnership with Skysports.com, will see us take the sport into a new era of interaction with the fan base.”