BBL Turns Up The Volume

Newcastle Eagles/News/BBL/BBL Turns Up The Volume 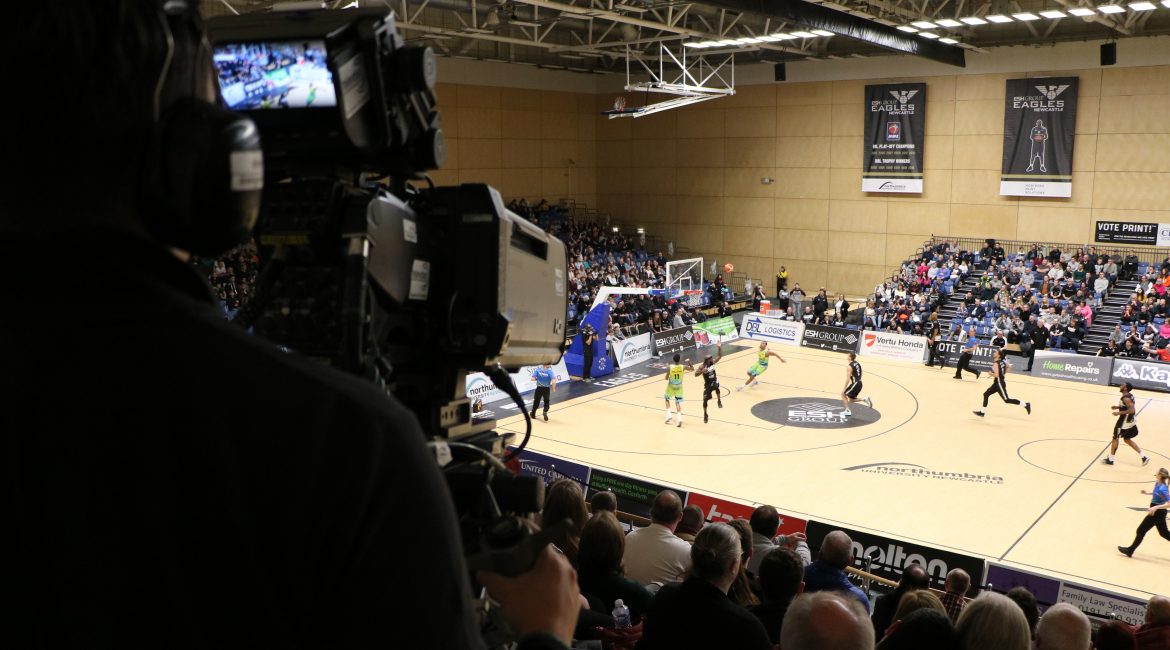 Paul Blake believes there has never been a better time to capture the unique brand that is British basketball – and is determined the Esh Group Eagles Newcastle will remain centre stage.

Live British Basketball League action is more easily accessible than at any time in the last 25 years.

And former BBL chairman Blake insists the decision to push the thrills and spills of the domestic game to as many free-to-air platforms as possible is the way forward.

“I can still remember the Sky Sports coverage of the BBL when I first became involved with the Eagles and it was fantastic at the time,” said Blake.

“But back then we were limited to looking for deals with a very small number of satellite and terrestrial channels.

“The opportunities to open up the BBL to a wider audience were few and far between and down the years we’ve tried a number of different approaches.

“Right now the league’s commercial director is doing a great job brokering deals with various broadcast and online platforms and fans are spoilt for choice.

“It’s the BBL’s mission to move our sport on to as many platforms as possible on a non-exclusive basis. And I’m right behind that.”

Only last week the BBL signed a deal until the end of the current season with FreeSports – the new free-to-air channel available via Freeview, Sky, FreeSat, Talk Talk and BT.

“We have never had such a diverse range of media partners showcasing the Trophy final, the league and British basketball,” added BBL Commercial Director, Bob Hope.

“The fact that the 2018 Cup Final was more accessible than any event ever staged by the BBL is fantastic news for fans and, hopefully, it will assist us in attracting even more new supporters.

“Of course, it is also a great opportunity for our commercial partners too, providing a better platform than ever before to profile their valued support of the BBL.”

Blake’s optimism is, of course, tempered by the fact that Newcastle have failed to reach the semi-final stage of either knockout competition this year.

And at the very time the sport is picking up thousands of new converts, the Eagles are struggling to maintain their dominance over a number of in-form rivals.

But Newcastle’s ambitious owner is looking at the bigger picture where television coverage is concerned and fully expects the UK’s most successful franchise to be a primetime draw for years to come.

“We’re back on the BBC in a couple of weeks’ time when we head down to Leicester for what many people see as a decisive fixture in the 2017/18 league season,” added Blake.

“FreeSports have earmarked our away game at Surrey in March for live coverage and I think we’ll continue to get our fair share of high profile picks.

“From a television standpoint the BBL has never been more exciting and we’re right at the heart of it. Our last home game was watched by fans as far afield as the Middle East via Eurosport and the various BBL streams are being picked up by thousands worldwide every week.”

We are back in action at Sport Central this week when they take on London Lions in front of the LiveBasketball.tv cameras with a 7.30pm tip-off.