Newcastle Eagles/News/BBL Team Of The Week 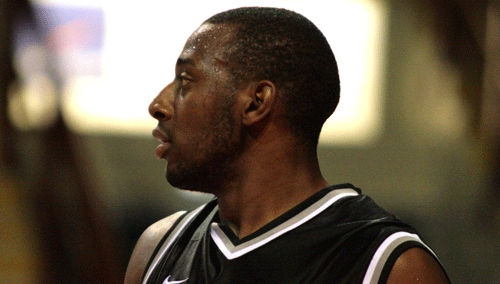 Following in the footsteps of Joe Chapman, another Newcastle Eagles player racks up a third successive appearance in the BBL line-up.

Jimmy Langhurst (One Health Sharks Sheffield)
One Health Sharks Sheffield enjoyed getting back on an even keel with nine wins and nine losses last Friday as Jimmy Langhurst led his team to a convincing win against Prestige Homes MK Lions. In fact, the guard posted the best performance of the weekend in the BBL and indeed one of the most impressive displays of the season after accumulating a mammoth efficiency score of 42. That was due to some impressive shooting either side of the arc and from the free-throw line too. He poured in 34 points while also completing a rare double-double with ten rebounds. In fact, he was not too far away from an even rarer triple double by also dishing up seven assists.

Mychal Green (Glasgow Rocks)
After a ten week absence, Mychal Green is back in our line-up again. He makes his fifth appearance of the season after a tremendous weekend win double for his team as they beat both Jelson Homes DMU Leicester Riders and Prestige Homes MK Lions on the road. While producing two performances of considerable note, it was his effort against Lions which proved to be the best. He accumulated 26 points and also dished up eight assists for his team-mates in a super win. Green made three triples and sunk each one of his six free-throws.

Sam Cricelli (Mersey Tigers)
A couple of weeks since making his return to the BBL, former Raiders, Wolves and Thunder forward Sam Cricelli has made an instant impact for Mersey Tigers, helping his new team rack up their fifth win of the season. His performance against Durham Wildcats at Newton Aycliffe was great as he registered an excellent double-double of 15 points and 15 rebounds. Typically energetic and at both ends of the court, Cricelli shot seven of eight from the floor in a very efficient performance which gave Tigers’ play-off hopes a real shot in the arm.

Andy Thomson (Newcastle Eagles)
Rather fittingly, the Newcastle Eagles forward returned to his native north-west to secure a third successive appearance in the BBL Team Of The Week after a sensational perimeter shooting performance in the win against Cheshire Jets at Northgate Arena. The big man showed why he is a genuine inside-outside threat with a sweet shooting touch after making his first six triples in an incredible first half display. He finished with 29 points after eventually making seven of eight from downtown and a similarly impressive four of five inside while also pulling down seven rebounds for good measure. However he still has some way to go to match team-mate Chapman who has made five consecutive appearances.

Darius Defoe (Newcastle Eagles)
Joining the stream of Newcastle Eagles players who have flooded the BBL Team of the Week starting five recently, Darius Defoe returns to the line-up for the third time this season and for the first time in seven weeks. He books his spot after a truly monstrous double-double in the thrilling overtime victory on the road at UCP Marjon Plymouth Raiders. The centre racked up an astonishing 25 points and 21 rebounds to help his team secure a vital BBL Championship success and further underline the depth of the league leaders.