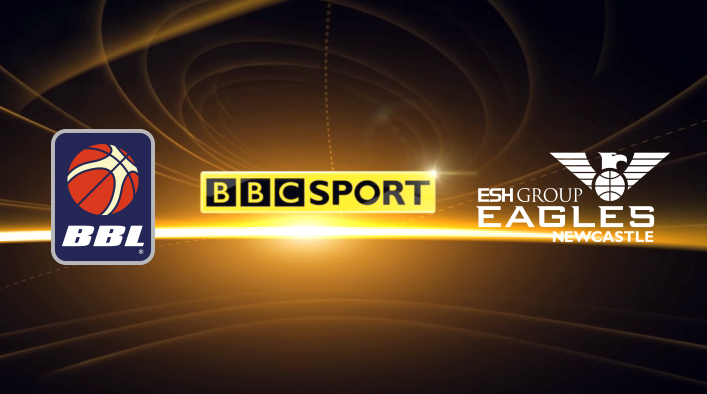 Get the lowdown on the second BBL game to be televised on the BBC this season as Riders match-up with Eagles in a heavyweight clash at the Leicester Community Sports Arena.

The BBL Championship’s top two go head-to-head in front of the BBC Sport cameras on Friday.

Leicester Riders and Esh Group Eagles Newcastle have dominated British basketball’s top-flight in recent seasons and have started this campaign in a similar vein.

Fab Flournoy’s Eagles sit top of the pile with a 12-2 record, but were upset by Plymouth Raiders last time out. Meanwhile Riders have ridden out a road-heavy start to win 10 of their opening league 11 contests.

Word from the Eagles:

Eagles’ guard Drew Lasker: “It is going to be a battle of wills. Obviously they are a big team and we are a small, quick team so it’s going to be about which team can dictate the tempo, and I think that is what the game is going to come down to.

“We have to play fast. If we are trying to slug it out and play slow that does not work to our advantage at all.

“They’re a new team, we’re a new team. It’s going to be great to match-up with each other and see where we are. Whichever team comes out on top, it will give them a boost for the rest of the season.”

View from the commentary box

Commentator Dan Routledge: “I don’t think there are any big secrets here, this game comes down to two pretty obvious areas – the three-point line and turnovers.

“Leicester have had nine games where they’ve hit 10+ three-pointers, most of the league don’t have half that. The games they’ve won comfortably are the ones when they’ve hit 10+ and done so at 40%+ accuracy, when they’ve lost or struggled, they’ve averaged less than 10 makes and shooting a much lower percentage.

“If they make those shots, and they get some really good looks so it’s hard to stop, they are tough to keep with. But Eagles turn teams over more than anyone else in the league. They force a turnover once in every five defensive plays, which is part of the reason they average by far the most possessions per game of any team in the league. More possession equals more chances to score and that’s why Newcastle lead the league in points per game. As Fab always tells me whenever I mention how many points they score, it’s always about the defence.

“For me it’s who gets to their season average, can Riders shoot the three at their average (11 makes per game at 42%), or can Newcastle force the turnovers (21% of defensive plays) and gain the extra possessions (97.7) they have so far?

* Between them, these teams have won 16 of the last 20 pieces of BBL silverware on offer
* Fab Flournoy needs two more assists to become the first player to reach 2,000 in the history of the BBL Championship
* Riders have won the last four meetings between these teams

The BBL game is preceded by a fantastic-looking cash between Leicester Riders and Manchester Mystics in the WBBL Cup Semi-Final. A one-off game, the winners will make their first ever showpiece Final and face Nottingham Wildcats at the Barclaycard Arena on 15 January. Mystics won the league encounter last Sunday and it could be a great match-up with both teams packed with Great Britain talent. The teams will also play a Molten 3×3 game during half-time of the BBL match-up!

Next week on BBC Sport:

Watch all the games via the BBC Sport website, BBC Sport App and Connected TV – worldwide and for free.