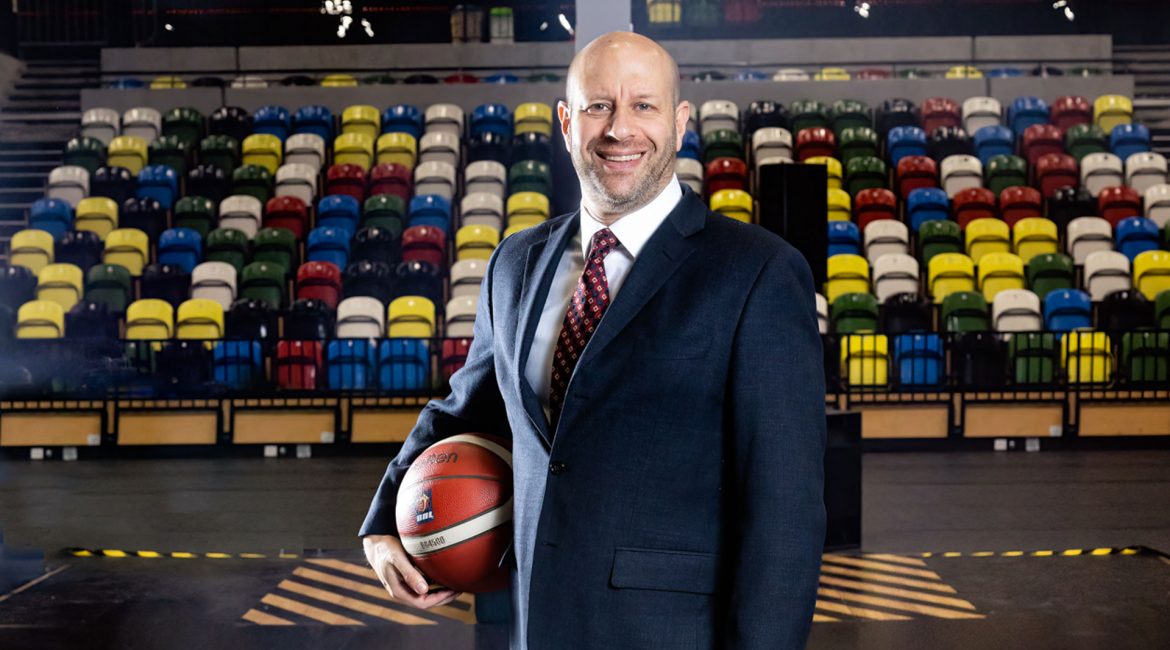 Following an extensive recruitment process carried out by the board of directors at the British Basketball League (BBL), Aaron Radin has been announced as the new Chief Executive Officer.

The appointment signals the league’s intent to drive commercial success and build its fan base and comes at a crucial moment for the BBL as the league looks to accelerate its growth to achieve its full potential.

“I am thrilled to join the British Basketball League at this critical point in its history”, said Radin.

“Between the new investment of capital into the league, the creation of new broadcast partnerships and the return to European competition, the BBL is just beginning to deliver on its goal to generate joy for its fans and value for its marketing and distribution partners.

Radin moves to the BBL after compiling a successful track record across a 30-year professional career having held increasingly senior-level positions at a multitude of sports, media and tech organisations such as the NBA, The Walt Disney Company, NBCUniversal and Meta.

The new BBL CEO’s extensive knowledge of the commercial landscape surrounding the sport will help take the league to exciting new heights.

“I am excited for the challenge to help the league fully deliver on that promise and I look forward to working with our clubs, owners and investors, as we join forces to become one of the most competitive and exciting basketball leagues in the world”, Radin added.

“We are committed to continuing to attract the most talented players to the British Basketball League from across the globe, as well as providing a platform for British athletes to fulfil their potential here in the UK as well as on the global stage.”

Alongside his professional background, Radin has been significantly involved in his community for over 20 years through volunteering as a basketball coach, and helping to lead a grassroots program which helped generate opportunities for hundreds of inner-city youth to expand their educational and professional opportunities through the sport.

“We are thrilled to be welcoming Aaron to the BBL”, said British Basketball League Director Lenz Balan.

“His professional achievements, and passion for and understanding of the sport, make him the ideal leader to take British Basketball to the next level during this exciting period of growth.

“It has been a truly remarkable year for the league and Aaron’s appointment highlights our commitment to accelerating the commercial growth of the BBL and the longer term success of our clubs, players and partners both domestically and in Europe.”