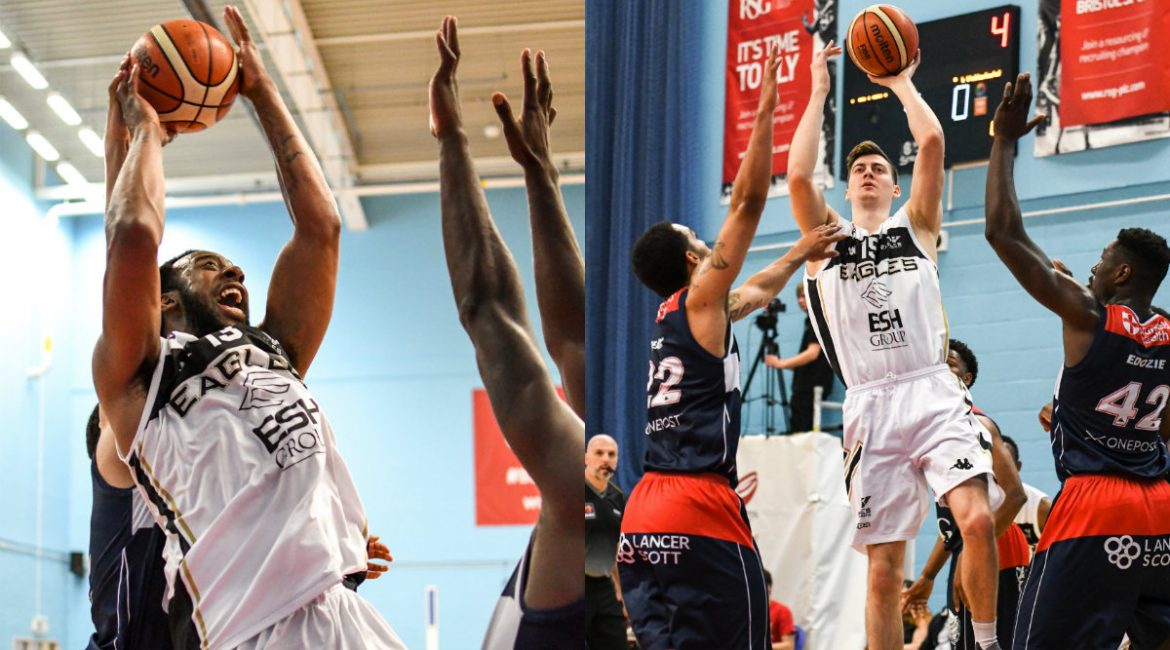 Two of our Eagles made it onto the bench for the very last All-Star Five line-up of the 2017-18 season.

Well done to Darius and Zarko!

Here’s the full roster from the BBL:

Tony Hicks (Surrey Scorchers)
The curtain has fallen on a blistering rookie season in the BBL for Hicks, as the heroics of the guard in the first leg of the Quarter-Finals against Rocks wasn;t enough to get his team into the last four. He did at least sign off in front of his home fans with a trademark effort of 30 points from 72% shooting, along with 7 assists and 4 boards.

Jordan Davis (Bristol Flyers)
It was one of the most memorable nights in the history of Bristol Flyers as they entered unchartered waters by reaching the BBL Play-Off Semi-Finals for the first time with that stunning comeback in the Quarter-Finals against the Eagles. Davis was the centrepiece of a historic chapter after a dazzling and near triple-double of 17 points, 9 rebounds and 9 assists.

Earl Brown (Glasgow Rocks)
The energy of Brown set the standard at the Emirates Arena for Glasgow Rocks to punch a ticket to the last four of the Play-Offs. He tortured the visiting Surrey Scorchers in the second leg of the Quarter-Finals, as the forward racked up another appearance in our starting five with a superb contribution of 23 points and 14 rebounds.

Cory Dixon (London Lions)
It proved to be a titanic tussle that will live long in the memory and Dixon was the main protagonist as the Lions eventually outlasted the valiant Worcester Wolves in the Quarter-Finals. The forward caught fire and had the fans at the Copper Box on their feet after contributing an eye-popping double-double of 29 points and 17 boards.

Pierre Hampton (Leicester Riders)
The Riders moved a step closer to cementing a glorious treble-winning season by jumping into the Play-Off Semi-Finals at the expense of Sheffield. Last year’s MVP at The 02, Hampton extinguished the hopes of the DBL Sharks by coming up with the goods during the first leg and recording 22 points, 5 rebounds and 5 assists.