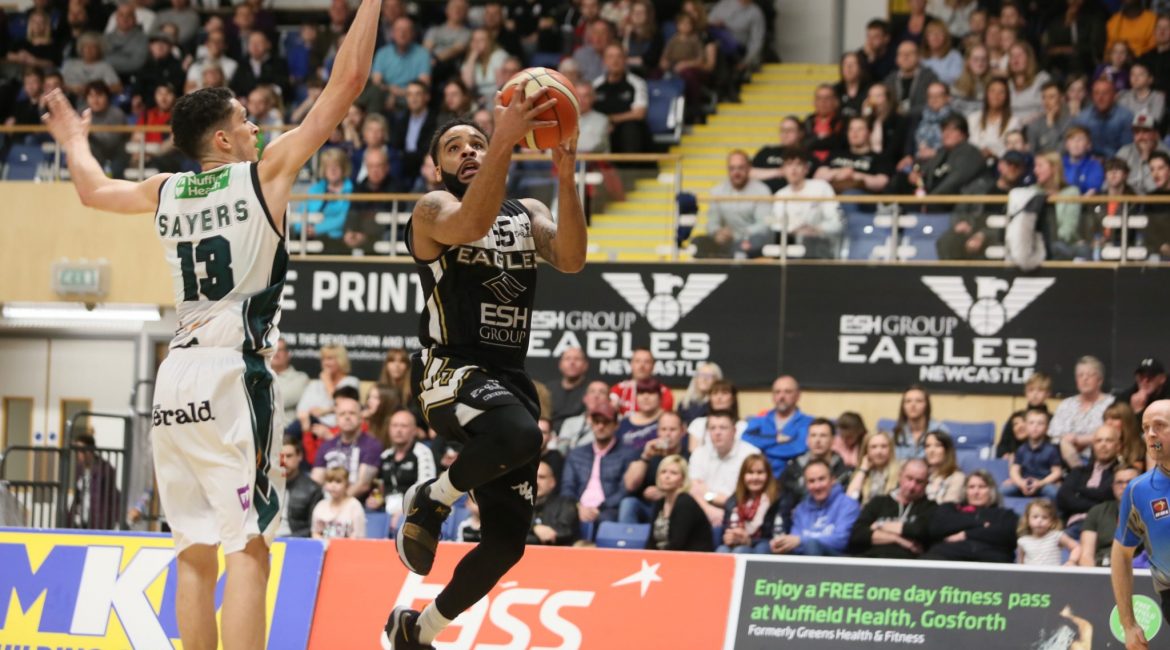 In the penultimate line up of the 2017-18 BBL campaign and our very own Jaysean Paige has become the season winner for the most starting appearances is the All-Star Five. Darius Defoe also appears playing off the bench.

Here’s the full pick of players from the league this week:

Tony Hicks (Surrey Scorchers)
No other player has had a better second half of the season than the Scorchers’ playmaker, who helped his team rack up a tenth home win in a row. He carried Surrey past Newcastle in a dramatic and entertaining match-up live on FreeSports as he finished the contest with 24 points, 8 rebounds, 6 assists, 3 steals and a block.

Jaysean Paige (Esh Group Eagles Newcastle)
The Eagles’ guard was outstanding against Plymouth as he dropped 40 points for the second time during his rookie year on Tyneside. He also had 7 steals, 6 assists and 4 boards in a spectacular effort against Raiders. It was the perfect way to cement himself as our winner of the most starting slots this season as he hit 10 appearances.

Rohndell Goodwin (Bristol Flyers)
The Flyers are celebrating a historic chapter after they attained their best ever league finish and that sixth spot was sealed mainly because of the contribution of Goodwin. He lands his first ever All-Star Five starting berth off the back of a scintillating 27 points, 6 rebounds, 5 assists and 3 steals in the road win at Manchester Giants.

Earl Brown (Glasgow Rocks)
The explosive Brown continues to get fans off their seats and it was no different at the Emirates Arena in a buoyant home win against Worcester Wolves. He helped Glasgow to bounce back from a mauling at Sharks with a fine double-double of 17 points from 60% floor shooting and 10 rebounds – adding 4 steals in a great night of work.

Dallin Bachynski (Worcester Wolves)
The towering presence of Bachynski helped Wolves to take down Cheshire Phoenix as the centre showed his qualities with an excellent double-double. Home supporters watched him post what was arguably the best shooting display of the season with a magnificent 14 of 15 from the floor for 30 points. He also hauled down 12 rebounds.