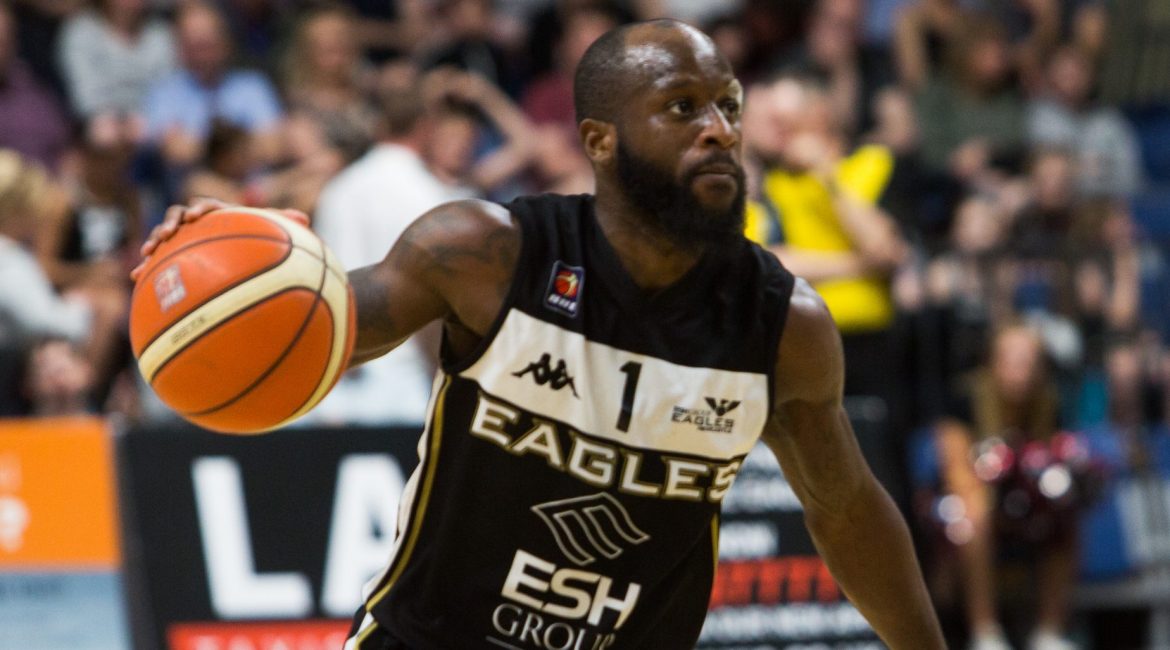 It’s the penultimate pick of the players from the British Basketball League for the 2018-19 regular season and two more nods for our Esh Group Eagles Newcastle.

Saah Nimley and Zarko Jukic both get starting places in the roster this week – well done guys!

Saah Nimley (Esh Group Eagles Newcastle)
The free-scoring guard is back in our line up after proving too hot to handle for the Manchester defence at Sport Central. Nimley drew 7 fouls in the contest as he amassed 28 points, 5 assists, 3 steals, 3 rebounds and a block in an all-action outing.

Brandon Boggs (Bristol Flyers)
The exciting guard has already passed his 2016-17 points tally and Boggs added another 20 to his name after a super 8 of 11 from the floor in an absorbing overtime success against Worcester. He also registered 8 rebounds and swatted 4 shots for good measure.

Tre Bowman (Plymouth Raiders)
One of the form players in the league, Bowman led Raiders to victory at Leeds with an unstoppable 24 points from 68% floor shooting. The Force were unable to contain him and he also corralled 6 assists, 2 steals and had zero turnovers.

Zarko Jukic (Esh Group Eagles Newcastle)
While his team-mate was downing the Giants in the backcourt, Jukic was doing the business in the frontcourt. The forward posted a typically smart offering after landing a sweet double-double of 24 points and 10 boards, as well as 3 assists and 2 steals.

Gerald Robinson (Surrey Scorchers)
It continues to be a hugely impressive 2018 for the Scorchers, with Robinson central to the resurgence. The veteran racked up another eye-catching stellar double-double of 30 points and 13 rebounds in a thrilling overtime success against Flyers.