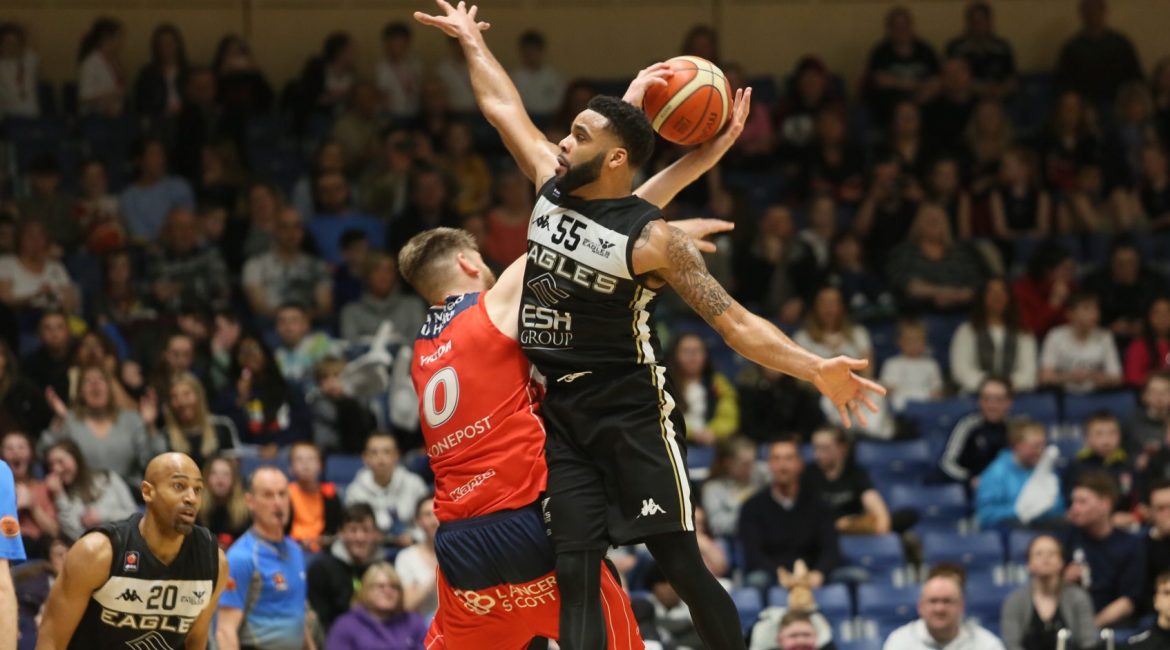 Another round of games and another starting place for one of our Eagles as Jaysean Paige now clocks-up eight appearances on the BBL’s pick of players.

Here’s the full roster this week:

Tony Hicks (Surrey Scorchers)
Surrey Scorchers completely blew away struggling Leeds Force and Hicks was at the heart of a commanding road success as he pulled the strings and orchestrated victory. His eye-catching haul of 19 points, 6 assists and 3 steals was enough to hand him his fifth starting slot of the season and he is only the sixth player to hit that milestone.

Jaysean Paige (Esh Group Eagles Newcastle)
The Eagles’ guard is threatening to run away as our season leader after racking up his eighth starting appearance and extending his advantage. He inspired a staggering turnaround for his side as Newcastle came back from a big double-digit deficit to beat Flyers. Paige finished with a stellar 32 points, 5 assists, 3 boards and 3 steals.

Tre Bowman (Plymouth Raiders)
It’s a debut berth in our fantastic five for the Raiders’ star who propelled his team to victory live on BBC Sport last Friday night against Manchester. Bowman had the locals at the Pavilions on their feet with 28 points and almost completed a double-double by handing out 9 assists. He had 6 boards and 3 steals for good measure too.

Gerald Robinson (Surrey Scorchers)
The veteran experience of the forward rose to the fore as Robinson helped to dismantle Leeds with a highly efficient offering that was underpinned by a superb 70% shooting effort that harvested 20 points. He also did plenty of great work at the opposite end of the floor by snapping up 6 steals and hauling down 5 rebounds.

Kieron Achara (Glasgow Rocks)
While the weekend finished in disappointment for Achara and the Rocks with a capitulation against Sharks live on FreeSports, the Scottish side did at least collect a sharp road win at London Lions last Friday. The Great Britain man underpinned the success at Brixton Rec by posting a 12-point and 12-rebound effort after going 5 of 6 from the floor.