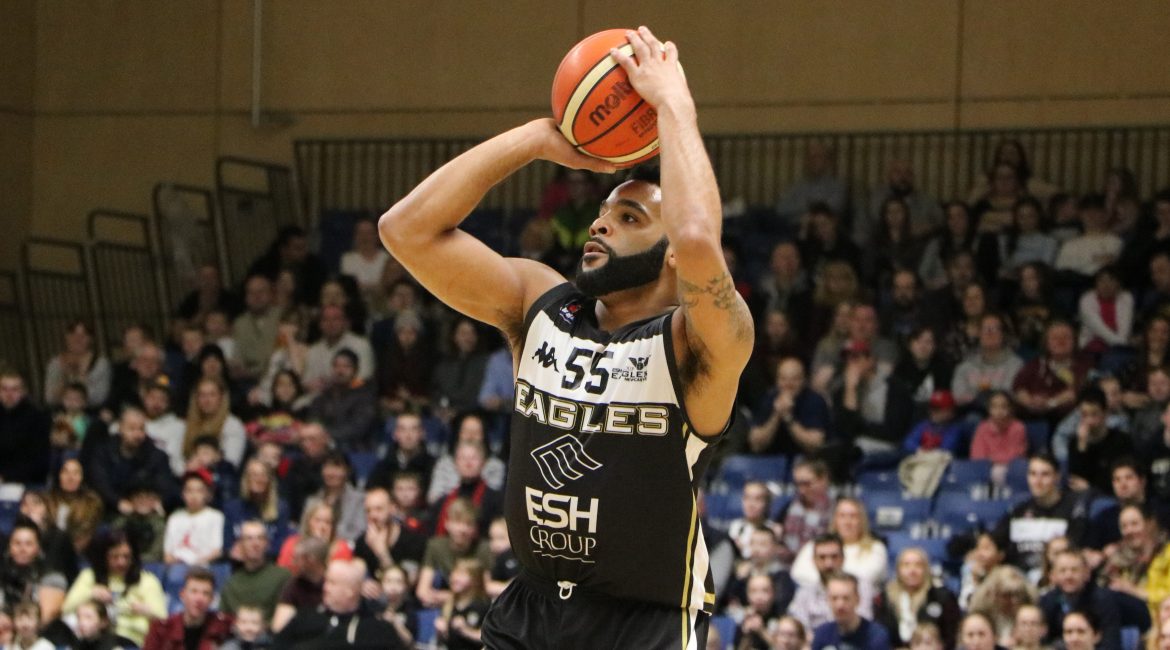 This week’s line-up from the league includes two of our Eagles playing off the bench.

Here’s the full pick of players from the BBL:

Brandon Parrish (Worcester Wolves)
It’s the second time that the Wolves’ guard has grabbed a slot in our fantastic five, his latest appearance coming off the back of a sparkling shooting effort at Leeds. He came off the bench and torched the Force with 27 points from an eye-bulging 11 of 15 from the floor. He also had 4 steals, 4 rebounds and two assists.

Tyler Bernardini (Leicester Riders)
It’s successive appearances for the Leicester captain as he once again led by example to carry his side to a hard-fought win at Worcester Wolves. Bernardini amassed 25 points, nailing five big triples in that tally and also registering 4 rebounds, 3 assists and 3 steals – as well as hitting the clutch shot during crunch time.

Brandon Peel (London Lions)
It was a magnificent win for London as they clipped the wings of the high-flying Eagles at Sport Central. Leading the way was Peel, with the forward securing an impressive fifth starting berth of the season in our line-up after a majestic 21-point and 15-rebound double-double – plus 4 assists, 2 steals and 2 swats.

Kinu Rochford (Plymouth Raiders)
There was a sense of elation in the air at the Pavilions as Raiders finally snapped their losing streak which stretched back to late November. It’s been a long winter, but thanks mainly to Rochford, they are back on the winning trail after his all-action and near triple-double 15 points, 10 rebounds, 8 assists and 4 blocks against Sheffield.

Alasdair Fraser (Glasgow Rocks)
The Scottish star was on top of his game for Rocks as they closed down Flyers live on BBC Sport in one of a number of highly exciting games on Friday night. Fraser did a great job inside with a stellar double-double of 20 points and 10 rebounds, but also showing his vision with a sweet 6 assists that accompanied 2 steals and a block.