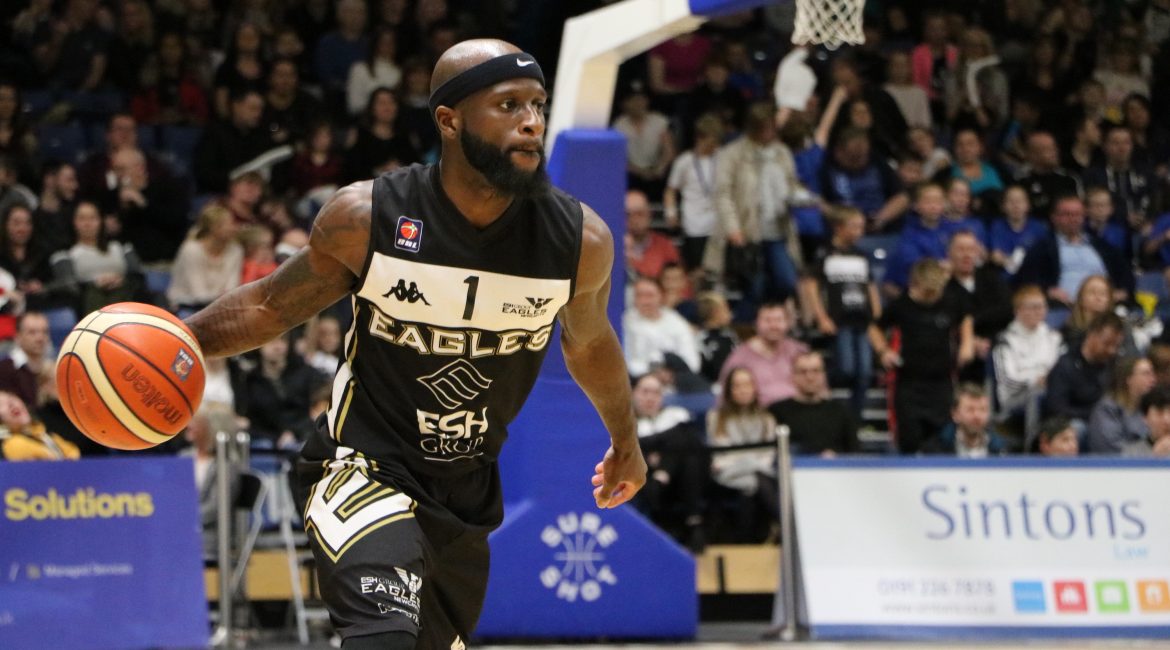 After a weekend of two halves, first the BBL Trophy Quarter-Final disappointment and then an important away Championship win, it’s great to see an Eagle recognised in the league’s line-up for their efforts.

Our number 1, Saah Nimley plays off the bench in this week’s BBL All-Star Five.

It’s the second slot of the season in our starting five for the Scorchers star, with the fans’ favourite doing the business down the stretch in an impressive Saturday night success at home to Glasgow. He tortured the Rocks with an electrifying display that returned 28 points from a blistering 78% from the field. Hicks also harvested a dazzling 9 assists.

The Wolves warmed up for this weekend’s BBL Cup Final by showcasing their power with a huge win against Manchester Giants, which was founded on a typically influential offering from Beamon. He was too hot to handle for the visiting defence and came up with an all-action line of 23 points, 6 rebounds, 4 assists, 3 steals and a block.

Our first debutant of the week is the versatile Sharks’ star who inspired his team to a first win at Sport Central in recent memory and a spot in the Semi-Finals of the BBL Trophy. Gachette was the spark for Sheffield as he caught fire after the break to score 14 points in the third period, eventually finishing with 21 in the game, as well as 6 boards, 3 assists and 2 steals.

The forward finds himself in our fab five for a fourth time in what is proving to be a highly productive rookie BBL year. Peel excelled for Lions during a comfortable road win in Yorkshire as he helped his side past Leeds Force with a double-double of 23 points and 11 rebounds. He managed to sink 8 of 10 from the floor and added 2 assists and 2 steals.

It’s a first appearance in our line-up for Dixon, although he is no stranger to the All-Star Five from his previous stint in the BBL as a leading light with Raiders. The forward celebrated his arrival by posting the first triple-double the BBL has seen this season. He amassed a jaw-dropping 21 points, 16 rebounds and 10 assists against the Force.