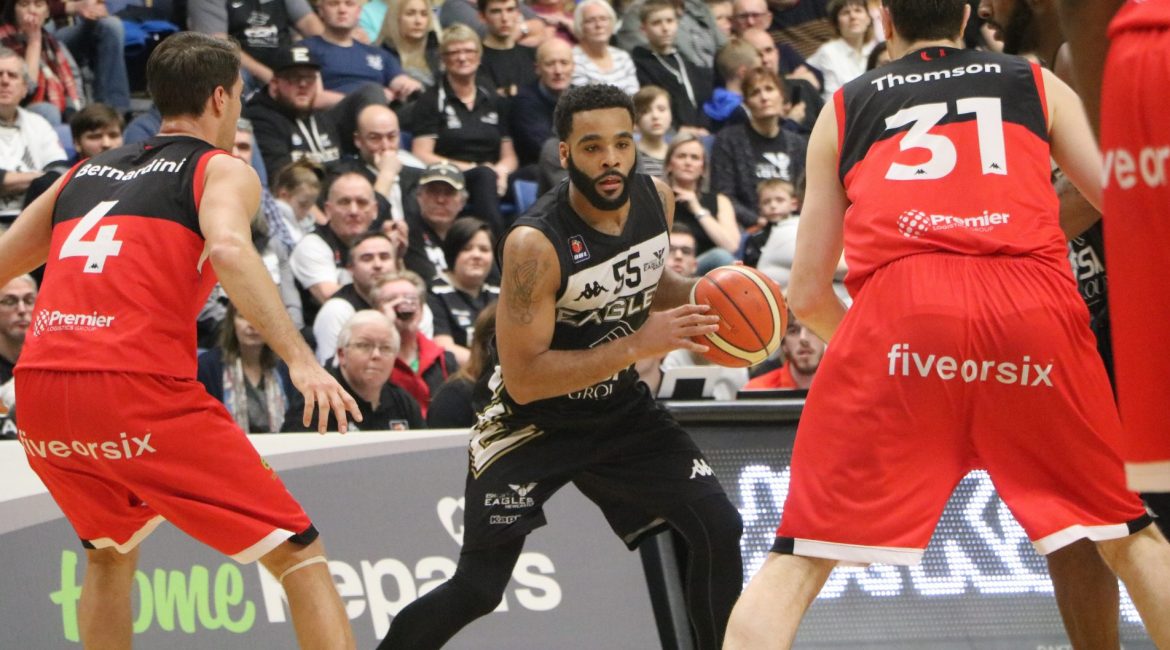 Jaysean Paige becomes one of a pair of players who rack up an impressive fifth starting slot in the league’s weekly pick of players of the season following his stand-out performance against Leicester last Friday.

Two members of this week’s opposition in the Sharks join him in the All-Star starters.

Here’s the full roster this week:

Justin Robinson (London Lions)
The quality of the Great Britain international is proving pivotal to the Lions this season and was very much needed as they took revenge against Cheshire for their Cup Semi-Final exit last month. Robinson was a difference-maker against Phoenix with a sparkling double-double of 21 points and 10 assists, as well as landing two steals and two rebounds.

Jaysean Paige (Esh Group Eagles Newcastle)
It is a fifth appearance of the season in our All-Star Five for Paige after he came up with the performance of the week. He also chose the best time to produce it, by racking up a spectacular 40 points in the top of the table clash against Riders. He was also just one assist short of a majestic double-double, while grabbing five boards for good measure.

Dirk Williams (DBL Sharks Sheffield)
Williams did the business for Sharks in their pulsating overtime success at home to Surrey Scorchers with a standout line of 26 points, 5 assists, 4 rebounds, 3 steals and zero turnovers. There was also that dunk in the extra period of course – the one that has had more than a million views on one social media account alone and captured the attention of the basketball world.

Tony Wroblicky (DBL Sharks Sheffield)
The victory for Sharks against Scorchers ended a barren run for Sheffield. The hosts had not had a league success for more than a month, so they really did need the stellar 10 of 13 shooting effort from Wroblicky who scored 22 points. He also completed a double-double with 12 boards, which should not be overlooked after that spectacular throw down from his team-mate.

Dallin Bachynski (Worcester Wolves)
Only three players have managed to rack up five starting appearances so far this season and one of them is Bachynski as he continues to dominate in the paint for the in-form Wolves.His play under the basket and ability to step out and hit from range, is a central feature for Worcester and he tortured Flyers live on BBC Sport with a super 20 points and 13 boards, as well as four assists.