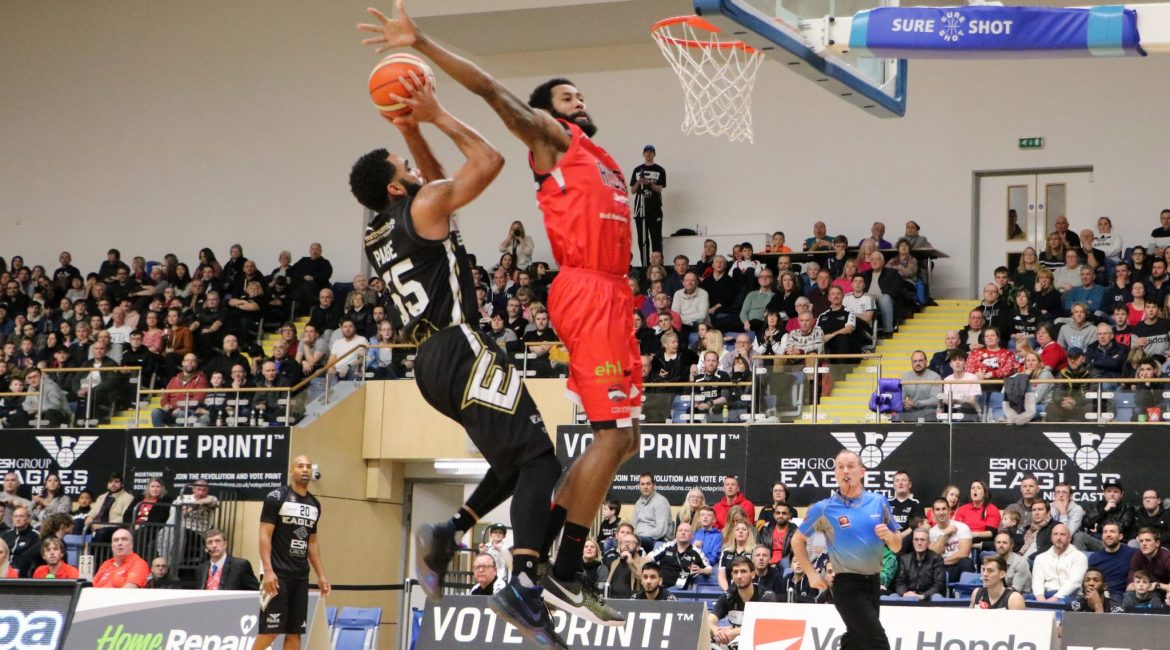 In the penultimate pick of the best in the BBL this calendar year one of our Eagles makes yet another showing as Jaysean plays off the bench again.

George Beamon (Worcester Wolves)
The upturn in the fortunes of Wolves recently has been down to some great teamwork and also some excellent standout displays, with Beamon the pick of the bunch in the demolition of Leeds. He grabbed his debut slot in our starting five with a stellar 25 points from 11 of 14 from the floor, as well as grabbing 8 assists and 2 steals.

Jordan Davis (Bristol Flyers)
Our second debutant has been a starter previously with Sharks and now Davis is establishing himself as a favourite with fans of the Flyers. He helped Bristol to extract revenge on derby rivals Raiders for a recent defeat by turning on the style with an all-action 16 points, 8 assists, 5 rebounds and zero turnovers in a resounding win at the Pavilions.

Trayvonn Wright (Leicester Riders)
The high-flying Wright has numerous Weekly All-Star Five appearances to his name during his earlier stints with Riders and his first of the current campaign comes courtesy of an unstoppable effort against Leeds Force. The forward finished the road win in the BBL Trophy with 19 points, 7 rebounds, 3 assists, a steal and a block to put his team into the last eight.

Brandon Peel (London Lions)
The Lions are also into the Quarter-Finals of the Trophy after they came up with a commanding performance on their travels. Peel was the centrepiece of a thunderous win at Manchester as the forward proved too hot to handle for the Giants’ defence. He harvested a huge double-double of 16 points and 14 boards, as well as 2 assists, 2 steals and 2 blocks.

CJ Gettys (Cheshire Phoenix)
The reigning Molten Player of the Month for November has continued his hot streak into December after another clinic in the paint took Phoenix to an eye-catching Trophy win against Glasgow. He burned the Rocks with 21 points from a sensational 90% from the field! He also produced 5 rebounds and 3 assists, becoming the first player this season to seal 5 starting appearances.