‘Bad boy’ Has Heart of Gold 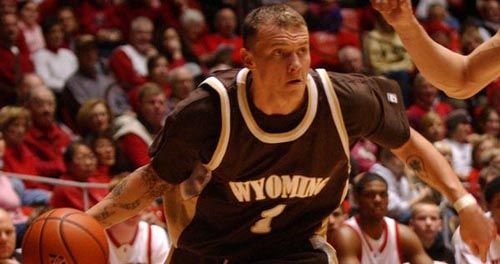 He is supposed to be one of basketball’s bad boys, but actually Steve Leven is a bit of a mummy’s boy. Stuart Rayner reports. Those Newcastle Eagles fans without the necessary satellite TV subscription will have to travel to Plymouth Pavilions to see their team play in a fourth successive British Basketball League Trophy final against Guildford Heat on Sunday.

But for one new fan of the North East franchise, seeing the game will not be as easy as travelling the length of the country or organising a Setanta Sports subscription. Valerie Leven will be at home in Sydney waiting for her son to email highlights of the match to her.

Steven Leven has become an instant hit with the Newcastle public since moving to Tyneside this month, but his new-found fans have some way to go before they can match his mother for enthusiasm.

‘I actually have a programme on my computer where I can stream highlights to my mum and my agent so they get to follow me that way,’ he explains. ‘My mum’s actually going to come over at Christmas.’

Without his hi-tech assistance, the 25-year-old guard admits it is hard for Mrs Leven to monitor his progress from the other side of the world. ‘Many people regard Australia as one of the better leagues outside the NBA, probably the second or third league which is good, but I think the profile there’s dropping,’ he says.

‘Unless it comes on TV people don’t really know. Back home they tend to focus on the players who are in the country and the big sports like cricket, rugby union and rugby league.’

For someone with a reputation as one of basketball’s bad boys, Leven seems to be doing everything he can to disprove it. As well as portraying himself as a mummy’s boy, he cites the Eagles’ community programme as a big attraction and believes his Aussie matey-ness has won over the fans.

‘I think it’s the Aussie way,’ he says of his popularity. ‘We don’t go past somebody in the street without saying hi and I think people like that. If I see people in the shops or in the street I’ll stop and talk to them for 10 minutes.’

Leven has been plenty of places, plying his trade in the United States, Spain and Germany. So he is well qualified to speak on the differences between the Eagles and the leading European clubs.

‘I actually ran something really similar to our community programme back home in Sydney so from my point of view it’s a relief not to be in charge of it and just be a little pawn in the whole plan,’ he says. ‘But it’s refreshing to do more than just basketball.’

The friendlier atmosphere at the Eagles is also more to his liking. ‘In Spain the guys were on bigger salaries and everyone wanted to do their own thing,’ he recalls. ‘Everyone saw each other at practice and that was about it. Here we’re all friends, we do a lot of things together. My team-mates have welcomed me with open arms. Everybody has been so good, it’s been easy settling in.’

‘Newcastle is on a level with a lot of the European clubs because the set-up is so professional and organised. With the community work it really generates a buzz.’

The danger for Leven’s team-mates is that occasions such as Sunday’s become run-of-the-mill. This will be the Eagles’ ninth final in three-and-a-half seasons and their fourth Trophy final in a row. But, while the Australian does nothing to hide his excitement, he is careful not to let it over-ride his professionalism with an important top-of-the-league clash against Milton Keynes Lions – the team who beat Newcastle in this year’s BBL Cup final – to negotiate tomorrow.

‘I’m really excited about my first final,’ he says. ‘I said to the guys, ‘Thanks for giving me a final in one of my first games!’ I’m really looking forward to it. First of all, though, we can’t overlook Milton Keynes. It’s human nature when you’ve got a big game like a final coming up that you get distracted by it but we’ve got to keep focused.’