Back To Basics After London Losses 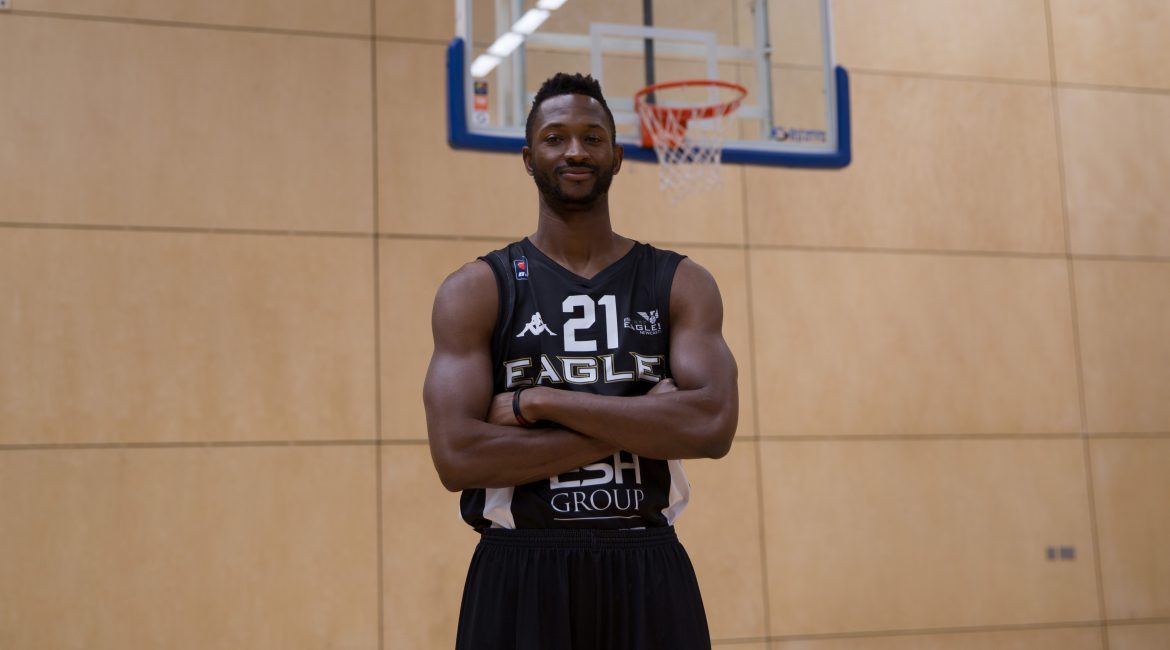 Esh Group Eagles Newcastle may actually be in the unusual position of going in to this weekend’s BBL Cup Semi-Final against London Lions as underdogs. The tie is played out over two-legs with the first leg being in Newcastle at Sport Central on Friday night and the return in London on Sunday afternoon.

The reason for the underdog status? Lions lead The BBL Championship with a 9 – 2 record and the two sides clashed a fortnight ago in the Championship down in London with The Eagles falling to a heavy looking 96 – 78 defeat. However, Eagles veteran guard Drew Lasker feels his side have learned from that defeat and also the one the following night at London City Royals.

“Both games were pretty similar, nip and tuck all the way. In both games we had a three-minute spell late in the third quarter when they both went on a run. We threw some costly turnovers and didn’t play really smart and we got punished by both teams.”

“We ended up chasing both games in the fourth quarter and when you’re on the road that’s a tough situation to be in. That’s pretty much what it boils down to, that along with not playing consistent Eagles defence throughout both games.”

Lasker a trusted lieutenant of Head Coach Fab Flournoy feels the team and coaching staff know what they need to do as they prepare to face The Lions on Friday in the first leg.

“The biggest thing is our defence. We’ve got to get back to how it was the first few games of the season. It was really stifling, we were flying around the court and creating a lot of offensive opportunities through our defence and we haven’t been doing that recently.”

“With this team the only way we can be successful over a period of time is by having stingy defence. So basically it’s about getting down to that, no more no less, just getting back to the basics that were working early season.”

In the two losses in London a lot was made of the way Newcastle approached the games and the fact that they were dominated inside in both games and seemed to resort to outside shooting to try and get out of trouble.

“We made some adjustments offensively trying to keep the floor a bit more spaced. It had become a little bit clogged and there was nowhere to go for the guards. But with that adjustment we’ve got to have a little bit of balance as well.”

“Give credit to Darius (Defoe) in particular who made more 3-point shots that whole weekend than he’d made in his career, he stepped up on the fly and showed he could make that shot and he certainly made the adjustment work but we’ve got to have more balance.”

“When you go cold as we did in both games and that shot isn’t falling, you’ve got to try and get some easy baskets or get to the free-throw line and get yourself jump-started again. Having the balance of getting the floor spread and if we get the good looks taking them.”

“But at the same time getting it inside when we can. Knowing when we can punch it inside and when to keep the spread is what having that balance is all about.”

Lasker also feels that the loss down in London will not have a significant impact on the Cup Semi-Final especially as it’s over two-legs.

“This is a different game, a different competition and a different type of pressure so it doesn’t really have any reflection at all. It did give us something to look at against this team and study which hopefully plays in to our hands.”

“We’ve seen the areas where we were weak and I feel like after making some adjustments that I feel really good about us going in to this weekend and I think we’re ready.”

That first leg tips off at 7:30pm at Sport Central with a place at The Barclaycard Arena, Birmingham for The Cup Final in January at stake. It’s as important a game as the Eagles have had all season.