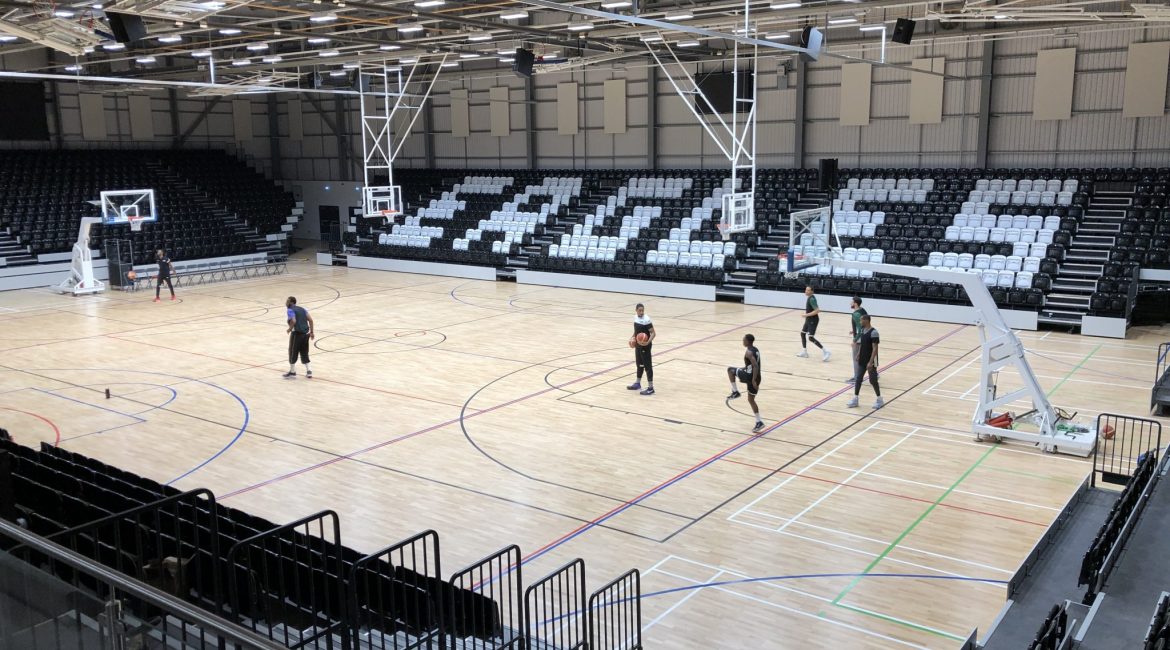 Newcastle will play in front of a capacity crowd on Friday when the Eagles Community Arena welcomes top flight basketball for the first time.

And watching the team in their first ever training session on the ‘show court’ in their new home, club owner Paul Blake confirmed a mouthwatering clash is officially sold out.

“We’ve had an amazing response from our fans and the wider community,” he said.

“It’s been quite overwhelming if I’m honest. I always hopped that we could share an historic night for basketball in Newcastle with as many people as possible.

“But to sell out the first game more than 48 hours before tip-off is testimony to the passion and commitment of sports fans across the region.

“I can’t thank people enough for getting right behind the club, the Eagles Foundation and Fab and his team.

“It means so much to everyone who has fought tooth and nail for so many years to see this exciting vision realised.

“There were times when I wondered whether it would ever happen but I can’t wait to experience a BBL fixture in front of a capacity crowd at the new arena.”

Newcastle go into the first game at their new home, situated off Scotswood Road in the west end of the city, buoyed by big away wins at Leicester and Plymouth.

And Blake is hoping Flournoy and co. can carry their winning form into the next two Fridays.

“Those fans who have missed out on the first game don’t have long to wait before we’re back in action in our new home,” he added.

“Manchester Giants are in town on January 18 and that looks like being a great game too. There’s already been a huge amount of interest in that match so I’d advise fans to get their tickets early to avoid disappointment.”

Doors open at 6.30pm on Friday with tip-off an hour later. The Eagles have invited a number of locally based ex-players to help celebrate the opening night at the Eagles Community Arena.

Tickets are on sale now for the second game at the new venue against Manchester Giants next Friday: